Syria Video Analysis: Why are the Islamists “Winning”? — A 3-Point Guide 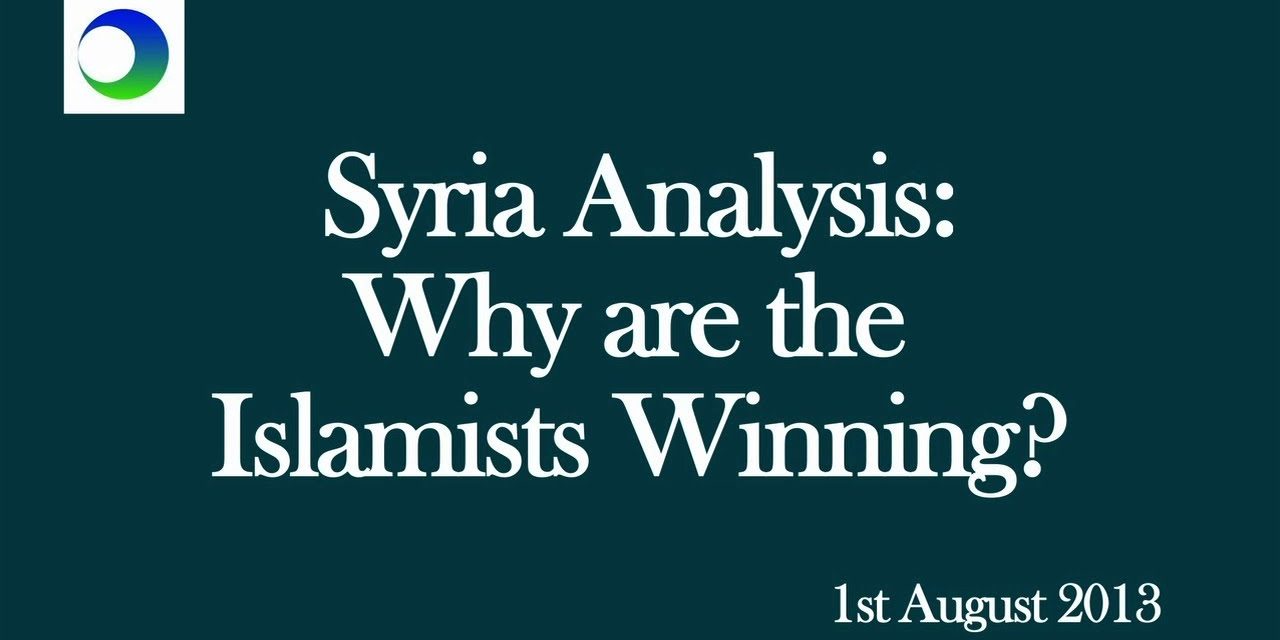 One of the prevailing narratives in the Syrian conflict is that Islamist factions are “winning” within the insurgency. Sometimes this narrative is hysterical, sometimes it is exaggerated — for example, in accounts of “jihadi militants” leading the capture of the regime’s Menagh Airbase this week — but Islamist groups such as Jabhat al-Nusra, Ahrar al-Sham, and the Islamic State of Iraq have claimed a significant presence in the opposition’s fight against the Assad regime, often clashing with other elements of the insurgency.

How have they done this?

2. Weapons: “One reason for the success of the Islamists is that they have been better-armed than other elements in the insurgency.”

3. Organization: “Organization counts on the battlefield. And organization also counts politically and socially.”