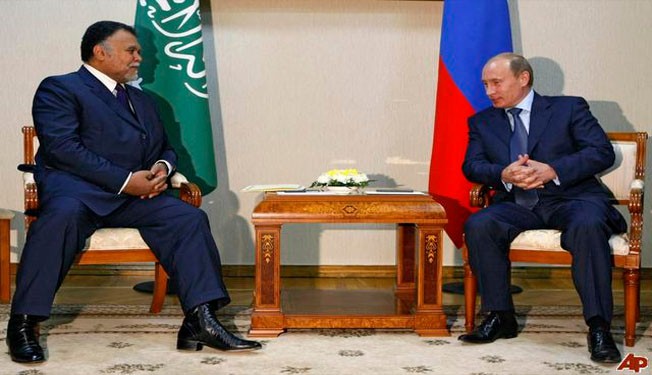 On Wednesday, Reuters claimed from “Syrian opposition sources close to Saudi Arabia” that the Saudis had offered Russia a a deal to break from Syria’s President Assad. Riyadh would buy $15 billion in Russian arms and promise not to challenge Russian gas sales to Europe.

Last night, I spoke with Monocle 24’s The Globalist Asia about the story, assessing 1) whether it is true, at least as presented by Reuters; 2) if so, why Riyadh moved now and what the Saudis and Russians probably said in the negotiations; and 3) why the Saudi offer will probably not get a Russian Yes.

Listen to discussion from 16:23 mark