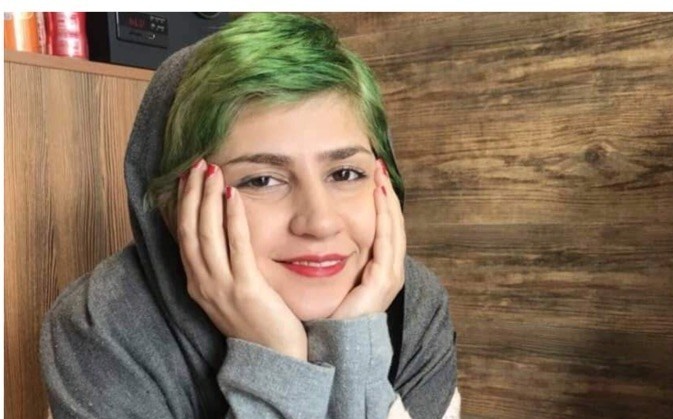 Polish scientist Maciej Walczak, detained for 15 months, was released in December and returned to Poland.

Polish Foreign Ministry spokesman Lukasz Jasina confirmed that Walczak, a researcher at Nicolaus Copernicus University in Torun in central Poland, is “safe and sound and with his family”.

Iranian officials accused Walczak of spying, saying that he took samples of soil, water and salt from a forbidden area while the Revolutionary Guards were carrying out ballistic missile tests.

Ireland’s Foreign Ministry confirmed on Friday that they are working closely with France to free Bernard Phelan, an Irish-French national detained in October.

Phelan, 64, a Paris-based tourism consultant, is being held in Vakilabad Prison in Mashhad on charges such as disseminating anti-regime propaganda and taking pictures of security services.

Phelan’s family are concerned for his health as he has a heart condition and has stopped taking food and medication. His sister Caroline Masse-Phelan highlighted the cramped and cold conditions in which he is held.

Residents of Zahedan in southeast Iran demonstrated on the streets for the 15th Friday in a row.

Protesters in the southeast Iranian city of Zahedan turn out in force against Khamenei regime after Friday prayers pic.twitter.com/lPS4Myo3TG

Zahedan, in Sistan and Baluchestan Province near the Pakistan border, has become focal points of the protests after security forces killed more than 100 worshippers and demonstrators. Friday Prayers leader Molavi Abdul Hamid, Iran’s top Sunni cleric, has been prominent in his challenges to Iranian officials including the Supreme Leader.

Iran’s authorities have continued their crackdown on labor activists by confirming the six-year prison sentences of Reza Shahabi and Hassan Saeedi.

The Tehran and Suburbs Bus Company Workers’ Union said an appeals court hearing was held with Shahabi and Saeidi absent.

The labor activists were seized in May 2022 after they attended a May Day rally. They were convicted of “propaganda activity against the Islamic republic” and “assembly and collusion with the intention of committing a crime against national security”.

Shahabi and Saeedi will not be allowed to leave Iran, to join political parties, or to use social media for two years after their release.

Iran officials have used the case to imprison two French nationals, Cecile Kohler and Jacques Paris, with the claim that they plotted with the labor activists to foment unrest in Iran.

State broadcaster IRIB regularly broadcasts “confessions”, often after they are extracted by abuse of detainees.

Akbari, a dual UK-Iran citizen, says in the video that he gave his British handlers reports on Iran’s nuclear program and efforts to evade western economic sanctions.

Asked about the November 2020 assassination of Iran’s top nuclear scientist Mohsen Fakhrizadeh, Akbari said, “They wanted to know about high-ranking officials depending on the major developments … for example [a British agent] asked me whether Fakhrizadeh could be involved in such and such projects, and I said why not.”

Responding to the Iran regime’s crackdown on nationwide protests, the European Union is considering the addition of almost 40 Iranian individuals and entities to its sanctions list.

An “evidence pack” of 27 documents supports the new sanctions. The 17 individuals include Sports Minister Seyed Hamid Sajjadi Hazaveh, current and former officials of the Revolutionary Guards, regional governors, a legislator, and a top official at the World Service of State broadcaster IRIB.

Among the 20 entities are the Communication Regulation Authority (CRA), which filters and blocks Internet content; the Ravin Academy, which trains hackers to disrupt the communications of protesters; and 12 regional corps of the Revolutionary Guards.

Led by Germany, France and the Netherlands, EU countries are considering whether to follow the US in designating the Revolutionary Guards a “terrorist organization”.

Journalist Nasim Sultan Beygi has been arrested at the Imam Khomeini International Airport in Tehran as she was preparing to board a flight.

Sultan Beygi, a former student rights activist, has been transferred to an unknown location. There is no information about the accusations against her.

More than 70 journalists have been arrested since the start of nationwide protests on September 16. At least 18 women journalists are behind bars.

Another protester has been sentenced to death by a Revolutionary Court in Iran.

Javad Ruhi, 35, was charged with apostasy — abandonment of religious faith — and insulting the Quran. He was also accused of “burning and destroying public property” and “inciting citizens to create insecurity and collusion to commit a crime against the security of the country”.

Ruhi was seized during demonstrations in Nowshahr in northern Iran on December 11.

Ruhi’s family and activists say he was denied a lawyer of his choice and forced to have a public defender. A source close to the family said Ruhi’s confession was “made under duress”, and there was no other evidence for the death sentence.

The Revolutionary Court referred to a video in which someone sets fire to the Quran, but the face of the person is not clear.

The same court recently imposed sentences on two teenagers, Mehdi Mohammadifard and Arshia Takdastan. It said they helped organize and lead a September 21 rally in Nowshahr.

At least 18 detainees have been condemned to death. Four men have been executed, and two have had sentences upheld by the Supreme Court.

Iran’s former Deputy Defense Minister Alireza Akbari has been sentenced to death for allegedly spying for the UK’s intelligence services.

Iran’s Intelligence Ministry said Akbari was “one of the most important elements who had infiltrated in sensitive and strategic centers”.

A “senior Iranian source” told Amwaj Media that Akbari, who holds Iranian and British citizenship, was quietly detained “two or three years ago”. A second source said the Deputy Minister was a close long-time associate of Ali Shamkhani, the Secretary of the Supreme National Security Council.

UK Foreign Secretary James Cleverly said, “Iran must halt the execution of British-Iranian national Alireza Akbari and immediately release him. This is a politically motivated act by a barbaric regime that has total disregard for human life.”

Qolian was condemned in 2018 to five years in Tehran’s Evin Prison for her activism, including support of strikes.

In a letter smuggled out of Evin, she describes the regime’s standard practice of abusing prisoners until they make “confessions” for broadcast on State TV.

Qolian describes Evin’s “cultural wing”, where she takes exams as she studies law: “The exam room is filled with young boys and girls as the shouts of torturers can be heard.”

She writes of an incident on December 28, as she was being taken to the exam room:

It’s freezing cold and snowing. Near the exit door of the building, a young boy blindfolded and wearing nothing but a thin grey T-shirt is sat in front of an interrogator.

He’s shaking and pleading: “I swear to God I didn’t beat anyone.” They want him to confess.

As I am passing I shout: “DO NOT confess” and “Death to you tyrants”.

“Sound of A Revolution is Louder Than Sounds of Interrogation Rooms”

Qolian also explains the path to her own “confession” in 2018. She was locked in a toilet by a female interrogator — Ameneh Sadat Zabihpour, a “journalist” linked to the Revolutionary Guards — to hear the abuse and whipping of a man: “The sounds of torture continued for hours or maybe a day, maybe more, I lost track of time.”

After three days of interrogation, Qolian was taken to a room where a camera was set up: “I took the script from [the interrogator] as I was half-conscious and sat in front of the camera and read it.”

Her five-year sentence was based on that “confession”. Another eight months was added when Qolian identified Zabihpour, who has now been sanctioned by the US, as her interrogator.

Despite the torture and imprisonment, Qolian concludes with hope:

In the fourth year of my imprisonment I can finally hear the footsteps of liberation from all across Iran….

Today the sounds we hear on the streets of Marivan, Izeh, Rasht, Sistan and Balouchestan and across Iran is louder than the sounds in interrogation rooms. This is the sound of a revolution, the true sound of “Woman, Life, Freedom.”