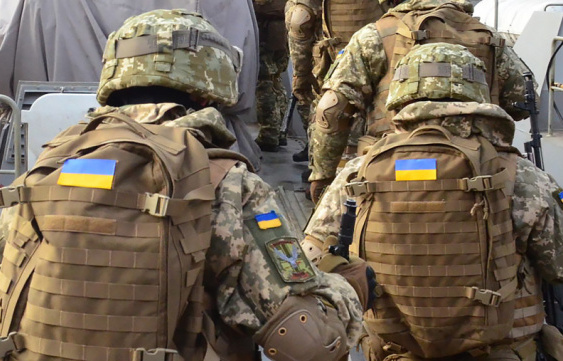 Meeting Ukraine President Volodymyr Zelenskiy in Kyiv, US Secretary of State Antony Blinken said: “We know this is a pivotal moment, more than six months into Russia’s war of aggression against Ukraine, as your counteroffensive is now under way and proving effective.”

Zelenskiy replied, “We are grateful for the signal, for this enormous support that you’re providing on a day-to-day basis.”

Blinken made a surprise visit to Kyiv as the US announced another $2.7 billion in military assistance to Ukraine and other countries threatened by Russia (see 1552 GMT).

Two civilians have been killed and four injured by Russian attacks in the Donetsk region of eastern Ukraine on Thursday.

A woman was slain near her home by shelling on the town of Toretska.

On Wednesday, seven civilians were killed and two injured.

Ukraine’s Brig. Gen. Oleksiy Gromov says Ukrainian forces have recaptured more than 700 sq km (270 sq miles) of territory in the south of the country and in the Kharkiv region of the east.

Gromov said forces have advanced as far as 50km (31 miles) on the frontlines and retaken more than 20 villages.

The Prime Ministers of the four countries said the step addresses “public policy and security threats” arising from the “substantial and growing influx of Russian citizens” into the EU.

The measures will take effect by 19 September for Russian citizens travelling for tourism, culture, sport, and business purposes”. Exceptions will be made for categories such as “dissidents”, “humanitarian cases”, family members, and holders of residence permits in EU countries.

“We fully uphold the need to continue to support opponents of the Putin regime and provide them with opportunities to leave Russia,” the Prime Ministers said.

However it was “unacceptable that citizens of the aggressor state are able to freely travel in the EU, while at the same time people in Ukraine are being tortured and murdered”.

Last week, the EU suspended a visa facilitation agreement with Moscow, making it more difficult and expensive for Russian citizens to get visas. Poland and the Baltic states had sought a full ban.

Amid another $2.7 billion in US aid to Ukraine and other countries, US Secretary of State Antony Blinken has made a surprise trip to Kyiv.

The visit is Blinken’s second to the capital. A senior US official in the delegation said, “The Secretary very much wanted to come on this trip now because it’s such a consequential moment for Ukraine.”

She noted Ukraine’s advances in the south and the northeast: “All of the security assistance is trying to help ensure that Ukraine is successful in the counter-offensive. If they are, I do think it is very significant in terms of how the war moves forward.”

Defense Secretary Lloyd Austin announced $675 billion in military assistance th,is morning at a meeting of defense ministers in Germany (see 0900 GMT). Blinken confirmed $2 billion in foreign military financing — half for Ukraine and half for 18 other nations under threat from Russia, such as Moldova, Georgia, Estonia, Latvia, Lithuania, and Bosnia.

The US has authorized an additional $675 million in military aid to Ukraine.

Defense Secretary Lloyd Austin announced the assistance at the start of a meeting of defense ministers at the US airbase in Ramstein, Germany.

The US has now committed more than $10 billion in weapons, ammunition, and equipment since the start of the Russian invasion.

As Ukrainian forces advance in the northeast, Russia is continuing its shelling of civilian areas across the Kharkiv region.

Eight people, including a 2-year-old child, have been injured in the past 24 hours, according to Governor Oleh Syniehubov.

In the east, the latest Russian attacks across the Donetsk region have killed seven people and injured two.

Governor Pavlo Kyrylenko said shelling killed three people in Slovyansk, two in Marinka, one in Halytsynivka, and one in Vodiane.

Russia and its proxies have confirmed the delay of “referenda” for Russian annexation of territory in southern Ukraine.

The officials had spoken of September 11 as the date for the staged vote, but in the face of Ukraine’s counter-offensive, they are now looking to November 4, Russian National Unity Day.

The Institute for the Study of War notes, “Russian occupation authorities will likely further delay this deadline due to continued failures to impose their authority and the disruption of ongoing Ukrainian operations.”

On Monday, Col. Artem Bardin, the Russian commandant in the occupied port of Berdyansk, was seriously injured by a car bomb in the city center near the building of the civil-military administration.

Yesterday saboteurs blew up the headquarters of the “We Are Together With Russia” movement in Melitopol.

The US-based Institute for the Study of War estimates that Ukrainian forces have regained about 400 square km (154 square miles) in the Kharkiv region in the northeast.

The analysts noted that Ukraine has taken advantage of Russia’s diversion of forces to the south, hoping to hold back a Ukrainian counter-offensive in the Kherson region.

Russians have returned the body of a British humanitarian worker Paul Urie whom they captured in April and reported dead due to “illnesses” and “stress” in July. With signs of possible unspeakable torture. Detaining and torturing civilians is barbarism and a heinous war crime 1/2

Urie and fellow Briton were seized by the Russian proxy forces at a checkpoint in April. The two men were on their way to assist a woman and two children.

Healy is facing a trial and possibly the death penalty in the “Donetsk People’s Republic”.

The UN has cited Russia’s forced deportations of Ukrainian civilians to “filtration centers”, including the transfer of children to adoptive parents inside Russia.

“We are concerned that the Russian authorities have adopted a simplified procedure to grant Russian citizenship to children without parental care, and that these children would be eligible for adoption by Russian families,” Ilze Brands Kehris, Assistant UN Secretary-General for Human Rights, told the Security Council.

The US ambassador to the UN, Linda Thomas-Greenfield, reiterated the estimates of American and Ukrainian officials that Russian authorities have “interrogated, detained, and forcibly deported” between 900,000 and 1.6 million Ukrainians to Russia since late February.

Russian Ambassador Vassily Nebenzia insisted the process was “registration,” not filtration, and declared, “People are fleeing Ukraine, more for fear of Ukraine.”

ORIGINAL ENTRY: Already challenging Russia’s invasion with a counter-offensive in the south, Ukraine’s forces are advancing in the northeast.

The surge began on Tuesday in the Kharkiv region, and soon threatened to retake the key town of Balakliia.

The Ukrainian armed forces concentrated mass fire on the mobile groups of the Donetsk People’s Republic, which had taken up defensive positions in nearby forests.

At this time, Balakliia is in operative encirclement and within the firing range of Ukrainian artillery. All approaches are cut off by fire.

Ukraine’s reclaiming of Balkliia would also be a major blow to the Russian offensive in the east. With 27,000 people, the town is between Kharkiv and Russian-held Izyum, the launching point for Russia’s assault on the Donbas region.

Bezsonov acknowledged that if Ukrainian forces controlled the town, Russian troops in Izyum will be vulnerable on their northwest flank.

Ukraine forces could also advance further to the city of Kupyansk, another key road hub for Russian military supplies.

Having occupied almost all of the Luhansk region, the Russian offensive in the east has been struggling for gains in neighboring Donetsk.

On Tuesday, Luhansk governor Serhiy Gaidai, said settlements had been retaken. He gave no further details: “A counter-attack is under way and … our forces are enjoying some success. Let’s leave it at that.”

In his nightly address to the nation on Wednesday, Ukraine President Volodymyr Zelenskiy spoke of the “good news from the Kharkiv region”:

Now is not the time to name the settlements to which the Ukrainian flag returns. But it’s time to say thank you to the 25th airborne brigade, the 92nd separate mechanized brigade and the 80th airborne assault brigade for their bravery and heroism shown during combat missions.

Zelenskiy also referred to the offensive in the south, thanking the units for “the extremely successful hits in the areas where the occupiers are concentrated” and for operations which “constantly advances our positions”.

We are advancing and pressing almost along the entire frontline.

In the coming months, we can expect the defeat of the Russian army in the Kherson region on the western bank of the Dnipro [in the south] and a significant advance of the Armed Forces of Ukraine in the east.

Vladimir Putin said nothing on Wednesday about either the northeastern or southern fronts. Instead, addressing an economic forum at Vladivostok in the far east of Russia, he insisted, “We haven’t lost anything and we won’t lose anything.”

Putin fumed that he would pull out of a July 22 deal lifting Russia’s blockade of Ukrainian Black Sea ports. He said he will speak Turkish President, Recep Tayyip Erdoğan, about “limiting the destinations for grain exports”.

The Russian leader then lied that only two of 87 ships which have left Ukraine’s ports since the deal had gone to developing countries.

Having effectively admitted that his food weapon had failed to break Ukraine or international support for Kyiv, Putin turned to his energy weapon. He said he would cut all deliveries of gas, oil, and coal to Europe if a price cap is imposed on Russian energy exports. Europeans could “freeze like the wolf’s tail”, he said.

Last weekend, through State company Gazprom, the Kremlin halted all gas deliveries through the Nord Stream 1 pipeline to Germany.

Russian military analysts immediately undercut Putin’s declarations. Igor Girkin, a former military leader in the Russian proxy areas of eastern Ukraine, said the outskirts of Balakliia were defended by poorly-equipped forces from the Donbas region who “didn’t know how to use available heavy weapons”.

Aleksandr Kots, who is normally supportive of the Kremlin war blogger, chided, “We need to start doing something about the system where our leadership doesn’t like to talk about bad news and their subordinates don’t want to upset their bosses.”