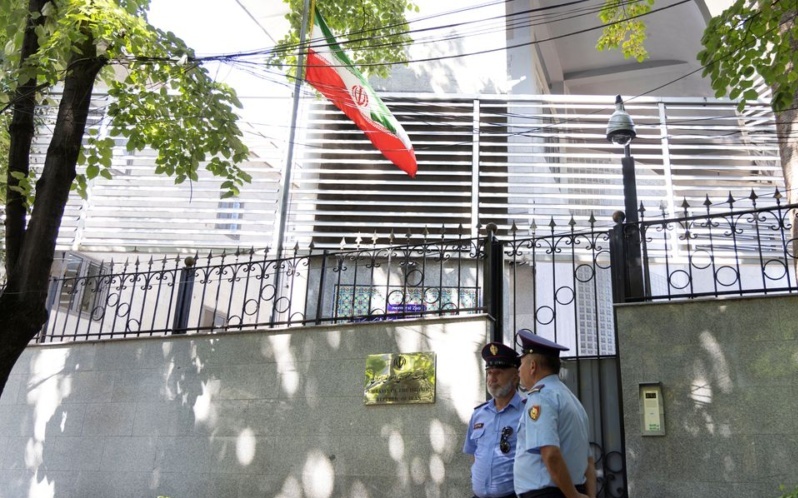 Albania has cut relations with Iran and expelled Iranian diplomats after Tehran’s cyber-attacks on July 15.

The staff at Iran’s Embassy were given 24 hours to leave the country, in a video statement issued by Prime Minister Edi Rama.

This extreme response…is fully proportionate to the gravity and risk of the cyberattack that threatened to paralyze public services, erase digital systems and hack into state records, steal government intranet electronic communication and stir chaos and insecurity in the country….

The in-depth investigation provided us with indisputable evidence that the cyberattack against our country was orchestrated and sponsored by the Islamic Republic of Iran through the engagement of four groups that enacted the aggression,”

The US National Security Council supported Tirana, saying weeks of investigation established that Iran was behind the “reckless and irresponsible” cyber-attacks: “The United States will take further action to hold Iran accountable for actions that threaten the security of a US ally and set a troubling precedent for cyberspace.”

US Government staff and private sector partners assisted Albania with the investigation and recovery from destruction of government data and disruption of public services.

“We have concluded that the Government of Iran conducted this reckless and irresponsible cyberattack and that it is responsible for subsequent hack and leak operations,” the White House said.

Albania hosts exiles of the Mujahedin-e Khalq organization, which has sought the overthrow of the Islamic Republic since 1979.

John Hultquist, Vice President of Intelligence at Mandiant, said of Albania’s expulsion of the Iranian personnel, “This is possibly the strongest public response to a cyberattack we have ever seen. While we have seen a host of other diplomatic consequences in the past, they have not been as severe or broad as this action”.