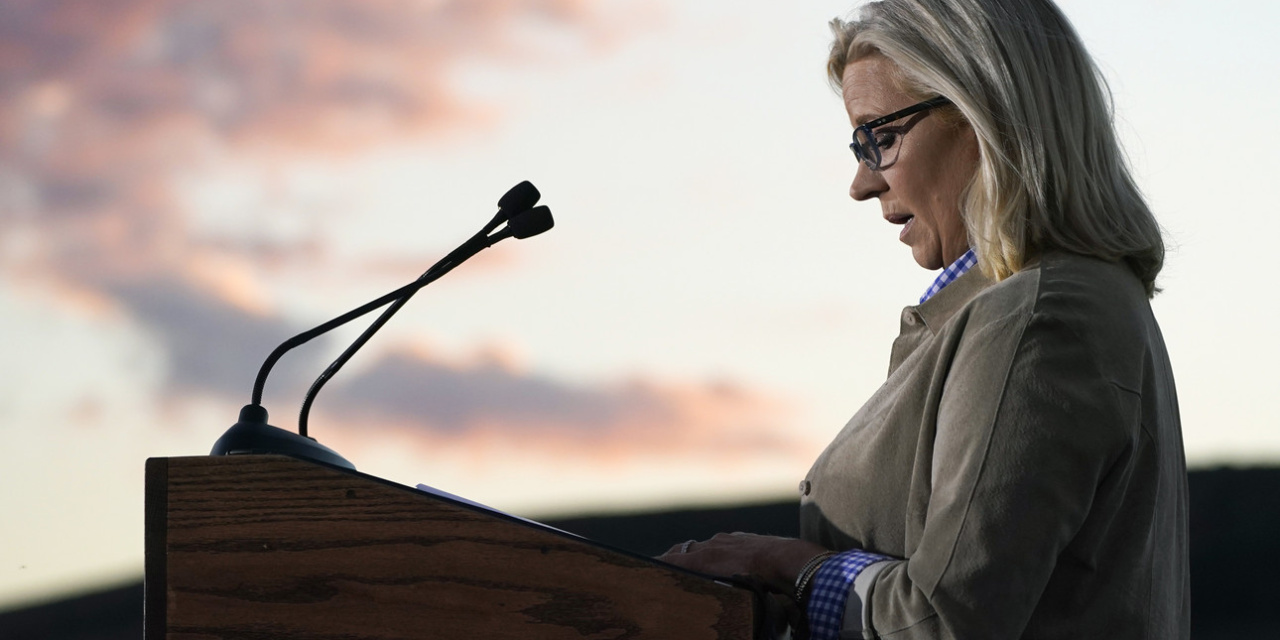 Rep. Liz Cheney in Jackson Hole, Wyoming, August 16, 2022: “Today, our highest duty is to bend the arc of history to preserve our nation and its blessings to ensure that freedom will not perish” (Jae C. Hong/AP)

EA’s David Dunn joined BBC Radio Scotland on Saturday morning to analyze the aftermath — for Donald Trump, for the Republican Party, and for the US — of the defeat of Rep. Liz Cheney in the GOP’s House primary in Wyoming.

The other contributor is Chris Carman of the University of Glasgow.

If you look at how other Trump-backed candidates have fared elsewhere, particularly in Georgia, it’s a mixed picture across the country as to how effective he is.

And some of the candidates he has supported are so weak and idiosyncratic, like Dr. Oz in Pennsylvania and Herschel Walker in Georgia, that they may have damaged Republican prospects.

ORIGINAL ENTRY, AUGUST 16: I joined Republican political analyst Susan del Percio and BBC 5 Live’s Colin Murray on Thursday for a 25-minute review of a turbulent week in US politics.

We begin with the defeat of Rep. Liz Cheney in the Republican primary in Wyoming, combining it with Donald Trump’s legal and political troubles to evaluate a fractured — and possibly terminally damaged — GOP.

Trump wins Wyoming. Does this mean Trump has won the Republican Party, let alone the country? Absolutely not, especially not with the legal and political troubles he is facing.

Then we switch to the positive: the passage of the $750bn climate and healthcare bill, a slimmer but still historic version of the Biden Administration’s “Build Back Better”.

One of the most significant pieces of legislation in US history was signed by Joe Biden on Tuesday, and almost no one is talking about it because of Trump.

Which is important for America in the long run?