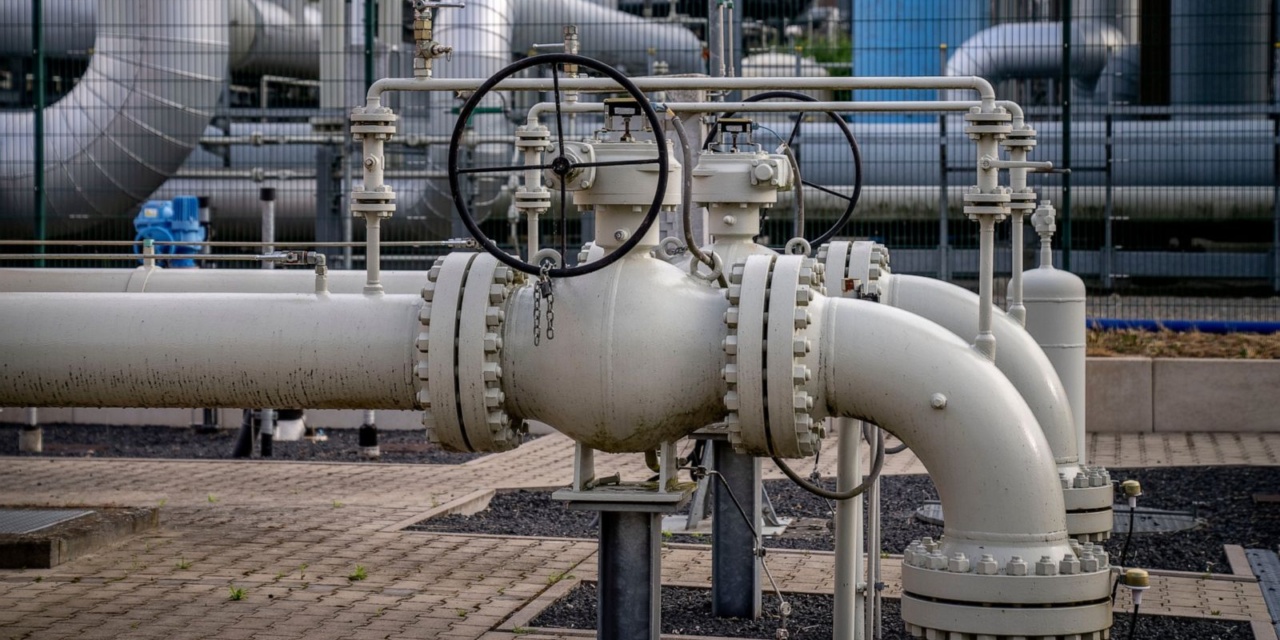 The UK has added the first British citizen to its sanctions list on Russia over the Ukraine invasion.

Graham Phillips has been an outlet for pro-Russian disinformation, conspiracy theory, and war crimes denial since Moscow’s occupation of Crimea in Ukraine in 2014. He is among 42 new designations on the list.

Phillips, who has been given “awards” by the Russian State for his activity, has pushed the Kremlin’s line that Ukraine is run by Nazis. He has denied mass killings of Ukrainian civilians by Russian forces, such as in Bucha near Kyiv in March, by asserting that the war crimes were staged by Ukraine.

In April, Phillips “interviewed” UK national Aiden Aslin, who was captured while he was fighting in Ukraine’s armed forces in the southern city of Mariupol. Aslin, handcuffed and suffering from injuries in the video, has subsequently been condemned by death by Russian separatists in eastern Ukraine.

European Union Energy Ministers have approved a draft law seeking to lower EU demand for gas by 15% from August to March.

The bill sets out voluntary national steps to reduce gas consumption. If these are insufficient, a trigger requires mandatory steps.

European Commission President Ursula von der Leyen said, “The EU has taken a decisive step to face down the threat of a full gas disruption by Putin”.

Three men from the Donbas in eastern Ukraine have been sentenced to 15 years in prison for fighting alongside Russian forces.

The men were charged with high treason after they were captured by Ukraine’s military in late March in the Kharkiv region. Ukrainian authorities said they were training in Donetsk and in the Russian city of Belgorod before their deployment.

The latest Russian attacks on Ukrainian-held areas in the Donetsk region in eastern Ukraine have killed three civilians and injured eight.

Governor Pavlo Kyrylenko said the fatalities were in Krasnohorivka, Soledar, and Marinka.

A senior minister of the Czech Republic, which currently has the European Union presidency, says Moscow’s reduction of gas supplies shows EU countries must agree on a plan to cut back consumption.

“Putin will continue to play his dirty games in misusing and blackmailing gas supplies,” Czech industry and trade minister Jozef Sikela said as he arrived for today’s meeting of EU energy ministers in Brussels.

He noted that the Gazprom reduction “is just an additional… proof that we have to take the game in our hands and we have to reduce the dependencies on Russian supplies as soon as possible”.

The EU’s head of energy policy, Kadri Simson, knocked back the Russian explanation of the reduction: “We know that there is no technical reason to do so. This is a politically motivated step, and we have to be ready for that. And exactly for that reason, the preemptive reduction of our gas demand is a wise strategy.”

While Russia is putting a priority on attacks on the anti-ship weapons, the UK analysts says the effort is hindered by “dated intelligence, poor planning, and top-down approach to operations”.

Ukrainian forces have destroyed or sunk more than a dozen Russian warships, including the missile cruiser Moskva, Russia’s flagship in the Black Sea.

Helga Pirogova, an opposition councillor in Siberia, has fled to the country of Georgia.

Pirogova, 33, was arrested last week over a tweet about the funeral of a slain soldier, and charged with “spreading disinformation” about the Russian army. She faced up to three years in prison if convicted.

The councillor, writing about the funerals of soldiers, said she wanted to “revive” the troops to punish them for their role in Russia’s offensive and then “let them go back to their graves”. She later deleted the tweet, saying it was “too emotional”.

Pirogova said last Friday of the investigation, “They need an internal enemy that they can easily fight….I’d like to avoid this but what can you do.”

Senior Presidential advisor Anton Herashchenko posted video of the six British missile systems, “I’m sure that our warriors will make very good use of them!”

Ukraine’s military announced the arrival of the first three of 15 German Gepards, as well as several thousand rounds of ammunition.

Local and regional officials say Russia has fired on the port city of Odesa in southern Ukraine — the second attack since last Friday’s deal to lift the Russian blockade of Ukrainian grain exports through Black Sea ports.

The head of the regional military administration head, Serhiy Bratchuk, said Russian warplanes after just after 6 a.m. The military said “several rockets were shot down by air defense”.

Russia fired missiles on the port area last Saturday, less than 12 hours after the ceremonial signing of the grain deal in Istanbul, Turkey. Two missiles were downed,, but two hit port facilities.

Ukrainian officials say they to start grain exports from the ports this week, despite the Russian assaults.

Elsewhere, Russia is continuing its regular bombardment of Mykolaiv. The head of the city council, Olexander Senkevich, said port infrastructure was attacked.

In northeast Ukraine, Russian forces have struck a residential building close to the center of the country’s second city Kharkiv. There is no confirmation of casualties yet.

Two explosions got me out of bed at 4:40 am. Russia fired S-300 missiles at Kharkiv from Belgorod. One hit children's football field, the second near the entrance to the metro. Terrorist state is openly shelling civilian objects. pic.twitter.com/NcNln2D6xL

Ukrainian forces have shelled an oil depot, starting a large fire, in the Russian-occupied portion of the Donetsk region in eastern Ukraine.

No casualties or injuries have been reported so far in the Budyonnovsky district.

More footage from occupied #Donetsk. No casualties are being reported. pic.twitter.com/wMSHtXKkeh

ORIGINAL ENTRY: Trying to regain the initiative in its invasion of Ukraine — but facing international sanctions and a Ukrainian military bolstered by foreign military assistance — Russia further cuts gas supplies to Europe.

Using the pretext of the “technical condition” of one of its last two operating turbines, Russian State company Gazprom announced the reduction of the Nord Stream 1 pipeline to 33m cubic metres a day, about 20% of capacity.

Earlier this month, Gazprom cut the supply to 30%, using the excuse of a turbine undergoing repair in Canada.

The Ukrainian State operator said Gazprom has also sharply increased pressure in the pipeline without prior notice, risking a rupture.

The German Economy Minister called out the Russian tactics:

We are monitoring the situation very closely in close exchange with the federal network agency and the gas crisis team. According to our information, there is no technical reason for a reduction in deliveries.

In his nightly video address to the nation, Ukraine President Volodymyr Zelenskiy asked the European Union to show resolve and imposed tougher sanctions on Moscow.

All this is done by Russia on purpose to make it as difficult as possible for Europeans to prepare for winter. And this is an open gas war that Russia is waging against a united Europe.

Putin’s gas war against Europe is a direct continuation of his war on Ukraine. Wherever he can bring harm, he will. He will use every dependence Europe has on Russia to ruin the normal life of every European family. The only way is to hit back hard and get rid of any dependence.

The EU has agreed to halt imports of Russian imports by the end of 2022, with limited exemptions for Hungary, Slovakia, and the Czech Republic. However, the 27-member bloc has not been able to confirm a timetable for the complete detachment from Russian gas.

EU governments are currently discussing a plan to meet a 15% gas savings target, with a meeting in Brussels in Tuesday.

Before the invasion of Ukraine, about 40% of Europe’s gas came from Russia. Germany has cut its dependence from 55% to 35%, with hopes of a sharper reduction or even elimination by 2023.