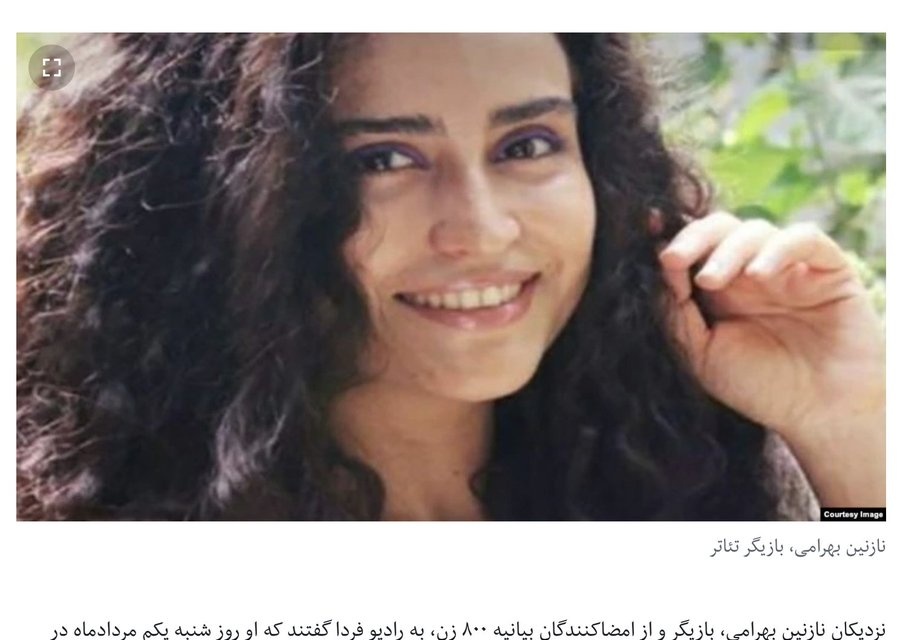 Amid a crackdown on women’s liberties, Iran’s authorities have arrested stage actress Nazanin Bahrami (pictured) for signing a statement against sexual abuse in the cinema industry.

Relatives said Bahrami and colleagues were surrounded by uniformed men about 11 a.m. on Saturday. The men recorded the contents of her mobile phone before taking Bahrami to an unknown location.

In April, women professionals began signing an open letter to the heads of Iranian cinema demanding an end to sexual harassment and coercion in the workplace. They said they had been “extorted” through the withholding of wages.

The letter, now with more than 800 signatories, brought a heated reaction from executives. In mid-July, movie producer Mohammad Hossein Farahbakhsh called for anyone involved to be flogged.

Amid national protests over economic and social conditions, the hardline Iranian regime has stepped up restrictions on women through “morality police” and renewed emphasis on compulsory hijab.

The regime proclaimed “National Hijab and Chastity Day” on July 12. However, the day was taken over by women on the streets and social media with their #No2Hijab campaign.

Iranian officials are also trying to tighten control of the film industry through arrests, including of award-winning directors Jafar Panahi, Mohammad Rasoulof, and Mostafa al-Ahmed.