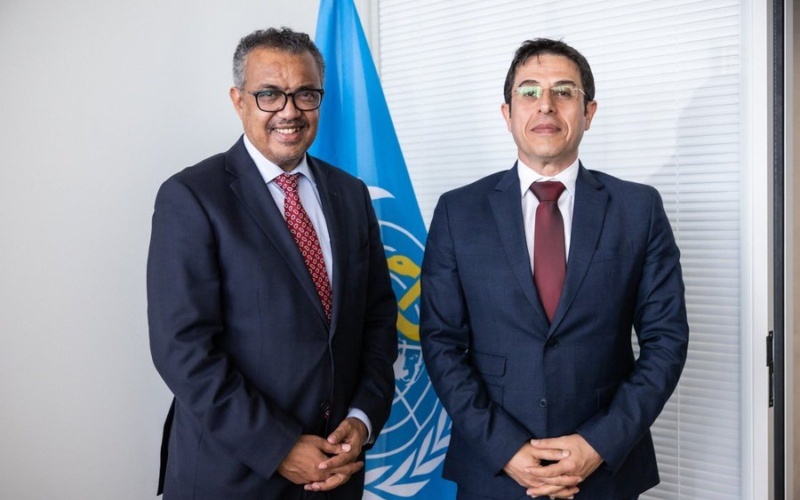 World Health Organisation Director General Tedros Adhanom Ghebreyesus has met with the Assad regime’s Health Minister Hassan Ghabbash, who has been sanctioned by the European Union and UK over the regime’s mass killings, detentions, and destruction including health care facilities.

The EU and UK have cited Ghabbash for sharing “responsibility for the Syrian regime’s violent repression against the civilian population”.

Making no reference to the regime’s record, Ghebreyesus tweeted about the meeting on Tuesday:

Met with #Syria Health Minister Hassan Ghabbash to discuss the health situation and @WHO’s commitment to work together to protect and promote the health of all people in the country. Our duty must be to ensure peace, save lives and provide hope to people in need. pic.twitter.com/5NfcpMODHH

Neither the WHO nor the Assad regime offered any details about the meeting.

There is no confirmed total of victims in Syria’s 11-year, 2-month conflict. However, analysts estimates that more than 500,000 people have been killed, including hundreds of thousands of civilians — more than 90% of them slain by the regime and its Russian ally. Tens of thousands of people have been “forcibly disappeared” or died in regime prisons from execution, torture, or poor conditions.

Physicians for Human Rights has documented at least 600 attacks on health care facilities from March 2011 to June 2021, with almost all of them by the regime or Russia.

In some areas, such as eastern Aleppo city in 2016 or in Idlib Province in 2019-2020, the majority of hospitals and other facilities were damaged or destroyed by the regime-Russia shelling and bombing.

Despite the systematic attacks and repression, the Assad regime was elected to the WHO’s Executive Board last year.