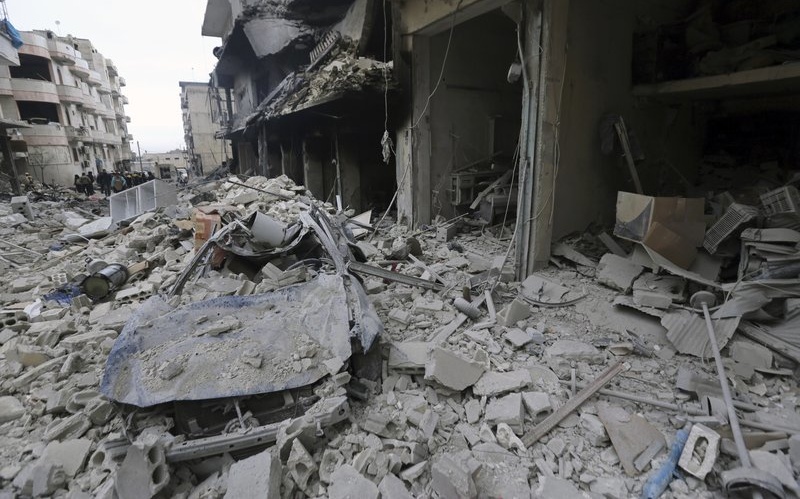 Amnesty International has issued a report documenting the “war crimes” of Russian-regime attacks on hospitals and schools in northwest Syria over the past year.

The 39-page report cites indiscriminate targeting of civilian infrastructure, documenting 15 bombings and three artillery attacks on medical facilities and schools between May 2019 and February 2020 in Idlib, northern Hama, and western Aleppo Provinces.

Evidence shows that, in their entirety, the documented attacks by Syrian and Russian government forces entailed a myriad of serious violations of international humanitarian law. These violations amount to war crimes.

The attacks came during an 11-month Russian-regime offensive, launched in April 2019, that seized almost all of northern Hama and part of Idlib. About 2,000 civilians were killed, thousands wounded, and more than 1 million displaced.

A UN Board of Inquiry concluded in April that it was “highly probable” that “the Government of Syria and/or its allies” carried out attacks.

Other reports have detailed Russian-regime strikes on medical facilities whose coordinates had been given by the UN to Moscow, seeking to protect the complexes from bombing.

Most of the assaults documented in Amnesty’s report were in January and February, as the offensive pressed for gains before it could be limited by Turkish intervention.

Among the attacks were a strike near a hospital in Ariha in southeast Idlib Province on January 29, destroying two residential buildings and killing 11 civilians.

A doctor at the hospital told Amnesty that it took White Helmets rescuers two days to remove bodies from rubble:

I felt so helpless. My friend and colleague dying, children and women screaming outside….We were all paralyzed,.

A teacher spoke of cluster munitions exploding in a February 25 attack on a school in Idlib city, injuring her and four others and killing three people.

A bomblet exploded close to my feet, blowing the flesh off… The pain was unbearable… Two students were walking in front of me. One died instantly and the other one,
miraculously, survived….

I know the sound of a cluster munition attack very well. You hear a series of small
explosions. As if the sky were raining shrapnel instead of water.

A doctor at the al-Shami Hospital asked in March after a bombing, “Is [Bashar al-Assad] attacking us because we are providing medical treatment to human beings?”