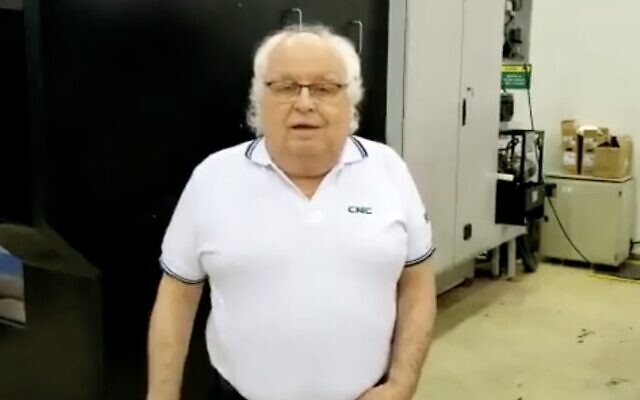 Iran has lashed out at Turkey’s revelation of a foiled plot, by the Iranian intelligence service and the Revolutionary Guards, to attack and kidnap Israelis in Istanbul.

A day after the disclosure and a meeting in Ankara between Israeli Foreign Minister Yair Lapid and Turkish counterpart Mevlüt Çavuşoğlu, Iranian Foreign Ministry spokesperson Saeed Khatibzadeh said Lapid’s “baseless accusations” are “ridiculous” and part of a “pre-designed scenario to destroy relations between the two Muslim countries”.

Khatibzadeh did not respond directly to Turkish officials who revealed the latest plot, with the detained of “almost 10” Iranians and “local collaborators”, but he said, “It is expected from Turkey not to remain silent in the face of these divisive allegations.”

The lives of Israeli citizens have been saved thanks to security and diplomatic cooperation between Israel and Turkey.

Iran is behind these attempted terrorist attacks. The intelligence leaves no doubt about it. Israel won’t sit idly by when there are attempts to harm its citizens in Israel and around the world.

Turkish officials say they have foiled a plot by Iranian intelligence services to attack and kidnap a former Israeli ambassador and his wife and Israeli residents and tourists in Istanbul.

MİT and police said members of the intelligence service and the Revoutionary Guards were operating with covers as students, businesspeople, and tourists.

The officials said interrogations of the Iranians continue, with their detention periods extended.

In recent days, Israeli officials had warned their citizens in Turkey to take precautions. They said the head of the Revolutionary Guards’ Intelligence Division, Maj. Gen. Hossein Taeb, was responsible for the foiled attacks against Israeli targets.

On Thursday, the Guards announced that Taeb — the only head of the Intelligence Division since its creation in 2009 — has been replaced by Gen. Mohammad Kazemi.

Taeb will become an assistant to the Guards commander Maj. Gen. Hossein Salami.

The Turkish officials said Iran’s intelligence services assembled a team of nine Iranians and Turks in Turkey, retaliating for Israel’s assassination in November 2020 of Mohsen Fahrizadeh, the director of Tehran’s nuclear program.

Geller confirmed, “I know for certain they want to kill me.”

The security sources said the Iranian network was surveilled for months, including in his company headquarters and in his home, before eight members were captured.

The National Intelligence Organization (MIT) informed Israel’s Mossad intelligence service of the plan. The two services secretly met in Ankara and moved Geller to a safe house under Mossad’s protection after Geller turned down an Israeli offer to resettle him in Tel Aviv.

Seven of the detained men are Turkish nationals. The arrested Iranian, Moshtagh Bighouz, 44, ran the network. Another Iranian, Yasin Taheremamkendi, remains at large: a suspected intelligence officer, he is accused of managing the network from Iran.

Iranian intelligence is accused of plots for a series of abductions or assassinations abroad in recent years.

Turkish sources with knowledge of the matter told MEE that another Iranian cell attempted to kidnap the Iranian dissident Shahnam Golshani last month.

• OdaTV reported that MIT had detained 11 suspects over the case, including an Iranian citizen https://t.co/GCmcW6E50y

In December 2020, journalist Ruhollah Zam was executed after Iranian operatives lured him to Iraq, seized him, and took him to Iran.

Last July, US authorities charged four Iranians, including an intelligence officer, over a plot to kidnap New York-based journalist Masih Alinejad, three Iranians based in Canada, and one in the UK.

Last year, Turkish services captured a team of Iranians accused of plotting to kidnap a former Iranian military official. In February 2021, an Iranian citizen was arrested for helping plan the murder of Iranian dissident Masoud Molavi Vardanjani in Istanbul in 2019.

In November, Cypriot authorities filed charges against six suspects for plans to attack Israeli targets on the island. Israeli officials said the team was sent by Iranian services to assassinate billionaire Teddy Sagi and possibly others.