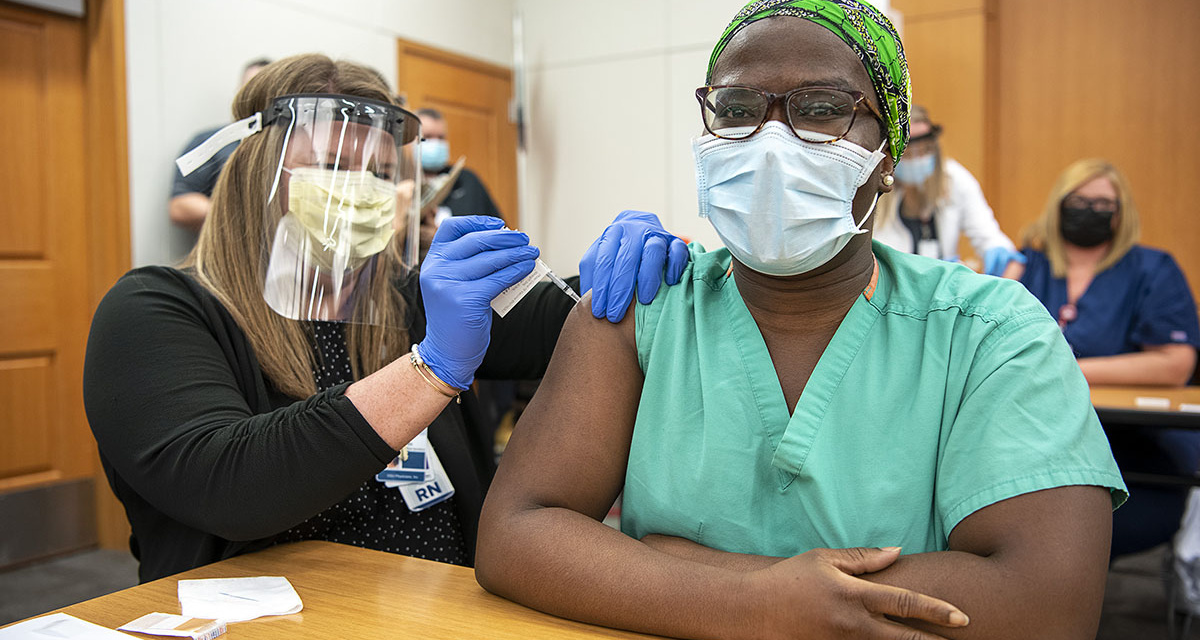 A federal judge has issued a preliminary injunction against the Biden Administration’s Coronavirus vaccine requirement for health workers.

More than two million workers in hospitals and nursing homes were supposed to receive at least one vaccine dose by December 6, but the Attorneys General of 14 states sued in opposition.

Judge Terry Doughty ruled, “There is no question that mandating a vaccine to 10.3 million health care workers is something that should be done by Congress, not a government agency. It is not clear that even an act of Congress mandating a vaccine would be constitutional.”

In another case, US District Judge Gregory Van Tatenhove blocked the enforcement of a requirement for vaccination for the employees of federal contractors.

A federal appeals court has maintained its block of the Government’s vaccination-or-test requirement on large private companies.

In a 22-page ruling on Friday, the three-judge panel on the US Court of Appeals for the New Orleans-based 5th Circuit, said the requirement “grossly exceeds” the authority of the Occupational Safety and Health Administration.

Justice Department spokesperson Dena Iverson said the Administration will defend the vaccine mandate through cases in other circuits, with the Supreme Court expected to finally decide the matter.

Today’s decision is just the beginning of the process for review of this important OSHA standard. The department will continue to vigorously defend the standard and looks forward to obtaining a definitive resolution following consolidation of all of the pending cases for further review.

Lawyers for the Biden Administration told a federal court Monday that the temporary block on the vaccinate-or-test requirement for major private employers will “likely cost dozens or even hundreds of lives per day”.

The lawyers argued that the Occupational Safety and Health Administration exercised its legal authority to implement the order of President Joe Biden.

I’m quite confident that when this finally gets fully adjudicated, not just a temporary order, the validity of this requirement will be upheld. It’s common sense….If OSHA [Occupational Safety and Health Administration] can tell people to wear a hard hat on the job, to be careful around chemicals, it can put in place these simple measures to keep our workers safe.

The Chief of Staff indicated that the Administration anticipated the multiple court cases brought by opponents of the vaccination program:

These vaccine requirements have been litigated up and down the courts all over the country. State requirements for example, one in Maine. And every single court before this one ruled that they were valid.

The three judges, all appointed by Republican Presidents, issued a four-paragraph order that there was “cause to believe there are grave statutory and constitutional issues with the mandate”, staying the mandate pending further consideration.

A group of plaintiffs — including Louisiana’s Republican Attorney General Jeff Landry and GOP-controlled states such as Mississippi, Utah, South Carolina, and Texas — filed the lawsuit on Friday against the requirement announced by President Joe Biden in September. The Justice Department has until 5 pm Monday to file a response.

Biden’s mandate requires that all private companies with more than 100 workers require vaccination or weekly testing by January 4.

Seema Nanda, the Solicitor of the Department of Labor, responded to the appeals court’s temporary bar, “The US Department of Labor is confident in its legal authority to issue the emergency temporary standard on vaccination and testing. The Occupational Safety and Health Act explicitly gives OSHA the authority to act quickly in an emergency where the agency finds that workers are subjected to a grave danger and a new standard is necessary to protect them.”

The mandate have spurred an increase in vaccinations as the US battles the surge of the Delta variant and resistance by a minority of US adults to the jabs. United Airlines has protected more than 99% of employees. Delta, with financial penalties and testing requirements, raised its rate to 90% from 75%. Tyson Foods’ vaccination take-up has soared to more than 96% from less than 50%.

The public sector has had similar increases. Many New York hospitals have passed 95%, up from 70% to 80%. In California, rates have risen to about 90%.

Mass vaccination reduced deaths and cases by more than 95% from records in January. However, with the Delta variant spreading among the unvaccinated, there was a sharp increase through the summer before another decline from late September.