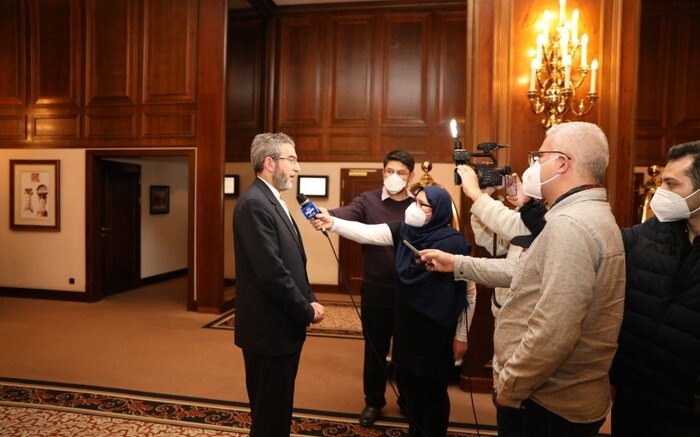 Iran’s Raisi Government has publicly rejected a resolution over its nuclear program, even as talks resume in Vienna after a five-month hiatus.

Iran will convene with the other powers in the agreement (UK, France, Germany, China, and Russia), in discussions brokered by the European Union. Indirect talks will be held with the US, including over American re-entry to the deal after Donald Trump’s withdrawal in May 2018.

But Deputy Foreign Minister Ali Baqeri Kani, the lead Iranian negotiator, used a Sunday newspaper column to dismissed any linked agreement, removing US sanctions while ensuring an Iranian return to compliance with the 2015 nuclear deal.

Six sets of discussions between April and June brought the negotiations “closer to the end of the read“, according to Iran’s lead negotiator at the time, Deputy Foreign Minister Abbas Araqchi.

But Tehran then halted the process, amid the managed election of President Ebrahim Raisi, and the new Government stalled on resumption after its inauguration in August.

Iran agreed earlier this month to another round, after discussions with the European Union’s Enrique Mora. However, the Government has been unclear whether it will accept the April-June progress or will insist on setting them aside — despite a public call from Russia to pick up from the “closer to the end of the road” point.

In addition, Iran has limited cooperation with the International Atomic Energy Agency over nuclear inspections after the June expiry of arrangements. Talks last week with IAEA head Rafael Grossi in Tehran made no progress, including over Tehran’s withholding of surveillance videos and harassment of inspectors.

Publicly the Raisi Government has returned to Iran’s position at the start of the year, with a demand for the unilateral lifting of US sanctions before talks progress further.

Writing in London’s Financial Times on Sunday, Baqeri Kani See also US, Iran, and the Nuclear Deal — The “You Go First” Dilemma

In response to the Trump Administration’s withdrawal from the deal and imposition of comprehensive sanctions in November 2018, Iran has carried out a series of steps since July 2019 suspending compliance with the agreement’s terms.

Under the Joint Comprehensive of Action, Iran shipped out all its stock of 20% uranium as well as halting production. In January, it resumed the enrichment, installing advanced centrifuges and producing its first 60% uranium in April.