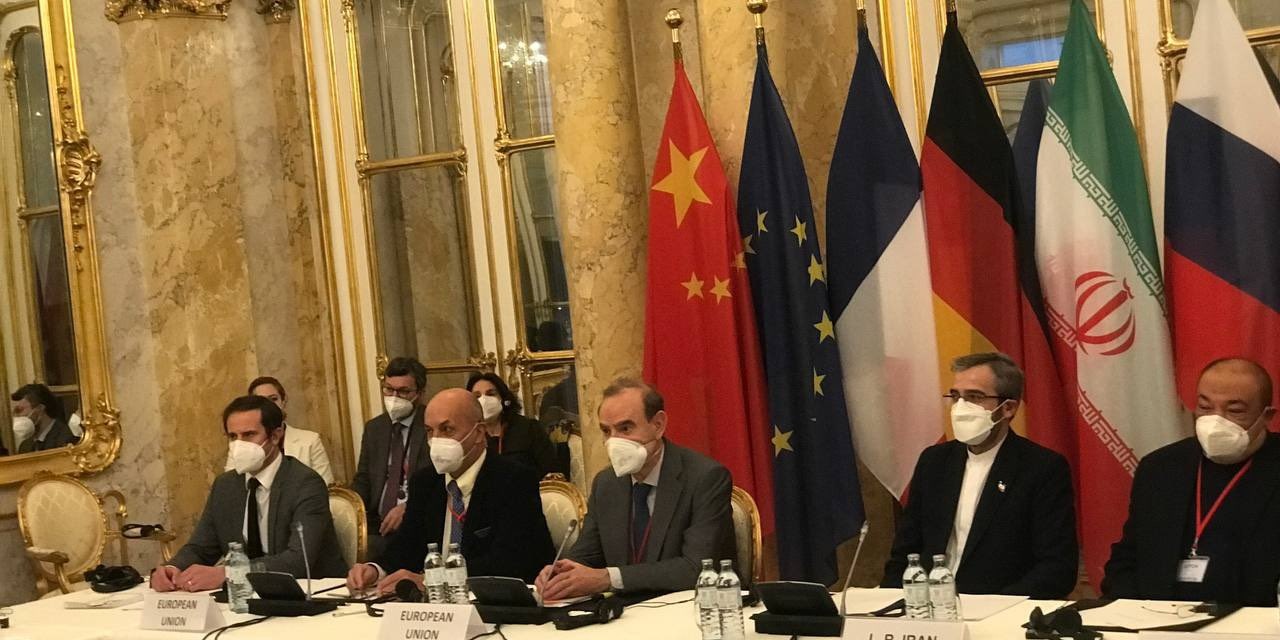 The European Union and Iran delegations at the 7th round of nuclear talks in Vienna, Austria, November 29, 2021

As the Iran nuclear talks resumed in Vienna on Monday, I spoke with Austria’s Radio FM4 about the approach of all sides: Iran, the US, and the other powers in the 2015 nuclear agreeement (UK, France, Germany, China, and Russia).

Listen to Discussion from 13:13

Publicly at least, the signs are not positive coming out of Tehran. Its line is unilateral lifting of US sanctions before any discussion of what Iran does. And there is no way that not only the US and the European powers — the UK, France, and Germany — but also China and Russia are going to go with that.

All the powers in these talks except Iran are saying that you have to have a linked, sequenced deal. Yes, the US comes back into the agreement. Yes, the US lifts sanctions. But at the same time, the Iranians have to return to compliance.

Because nobody — not even Moscow and Beijing — wants the Iranians on the verge of a military nuclear program….

The Iranians are pragmatic negotiators. But if the Supreme Leader decides that at the end of the day, I’m going with this so-called “Resistance Economy”, this mythical idea that the Iranians can be self-sufficient or at least get by with the Russians and Chinese, an agreement won’t happen.