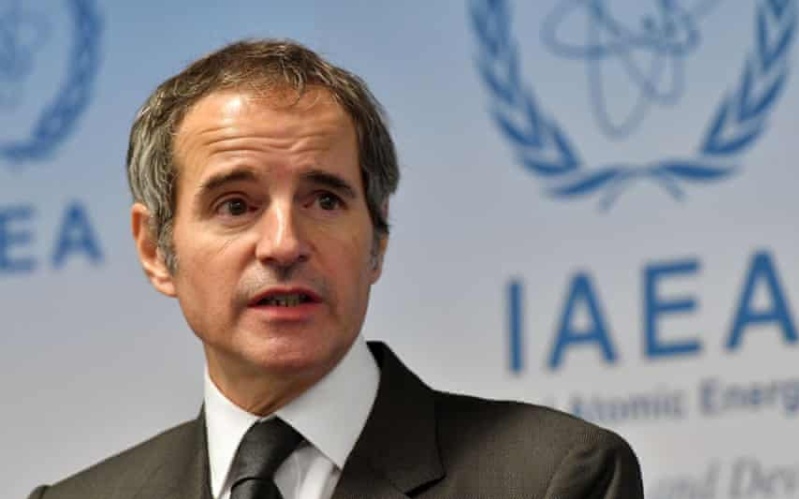 Iranian officials are trying to sweep aside the assessment of International Atomic Energy Agency head Rafael Grossi that there was no advance in Tehran talks this week over nuclear inspections.

The spokesman for Iran’s Atomic Energy Organization, Behrouz Kamalvandi, said the discussions were “incomplete” rather than “inconclusive”.

There were various issues in our talks and there was a lack of time since [Grossi] had travelled to Iran ahead of the [IAEA] Board of Governors meeting, so we couldn’t finalise every issue. We agreed to continue these talks.

Foreign Minister Hossein Amir-Abdollahian declared that an agreement in principle has been reached, telling Chinese counterpart Wang Yi on Wednesday that Iran and the IAEA are seeking to “issue a joint statement at the earliest opportunity”.

A “senior Iranian source” said, “There was disagreement about a few words and phrases…and the Agency did not buckle. The text was therefore not published.” He claimed another meeting will “soon…finalize the text”.

In cordial, frank & fruitful talks, @rafaelmgrossi & I reached good agreements on continuing cooperation. Yet, to work out a text, we need work on a few words.
Agreement is possible.
Politicization of technical matters is unproductive.
To finalize text, a meeting to be held soon.

Grossi told the 35-member IAEA Board of Governors, at the start of its quarterly meeting, on Wednesday:

Despite my best efforts, these extensive negotiations and deliberations to address Iran’s outstanding safeguards issues, detailed in the two reports, proved inconclusive.

Issues include Iranian harassment of IAEA inspectors, blocking access to facilities such as the Karaj centrifuge complex, and the origin of uranium particles found at several old but undeclared sites.

Grossi warned, “We are close to the point where I would not be able to guarantee continuity of knowledge.”

The IAEA Board is unlikely to consider a resolution criticizing Tehran, however, as the Vienna nuclear talks resume on Monday after five months of stalling by Iran’s Raisi Government.

Grossi arrived in the Iranian capital on Monday and met the head of Iran’s Atomic Energy Organization, Mohammad Eslami, on Tuesday.

The IAEA head told reporters, “The agency is seeking to continue and deepen the dialogue with the government of Iran….We agreed to continue our joint work on transparency and this will continue.”

Eslami declared after the discussion, “Some questions were raised based on documents published by our enemies. These questions have now been answered. Tehran is determined to resolve technical issues with the agency without politicizing the matter.”

The meetings take place as the IAEA Board of Governors convenes.

ORIGINAL ENTRY, NOV 13: The head of the International Atomic Energy Agency says it is “astonishing” that Iran’s Raisi Government, in office since August, has not been in contact about nuclear activities.

I have not had any contact with this government…that has been there for more than five months. I think that we should have had this contact much earlier….

There’s a long list of things we need to discuss.

Grossly said there had only been “technical conversations” with the head of Iran’s Atomic Energy Organization, Mohammad Eslami.

Grossi has been trying to visit Tehran before the next meeting of the IAEA’s Board of Governors on November 24.

Iran began restricting IAEA inspections in February, withholding the surveillance tapes from nuclear facilities. The agreement with the international organization lapsed in June, and Iranian officials harassed inspectors and prevented maintenance of surveillance equipment and computers, prompting Grossi to visit Tehran in September.

However, Iran then blocked access by IAEA inspectors to the Karaj uranium centrifuge assembly site, citing an attack — reportedly overseen by Israel — on the facility in June.

Grossi’s comments come not only before the IAEA Board of Governors meeting, but also before the scheduled resumption of the Vienna nuclear talks on November 29 after a five-month break.