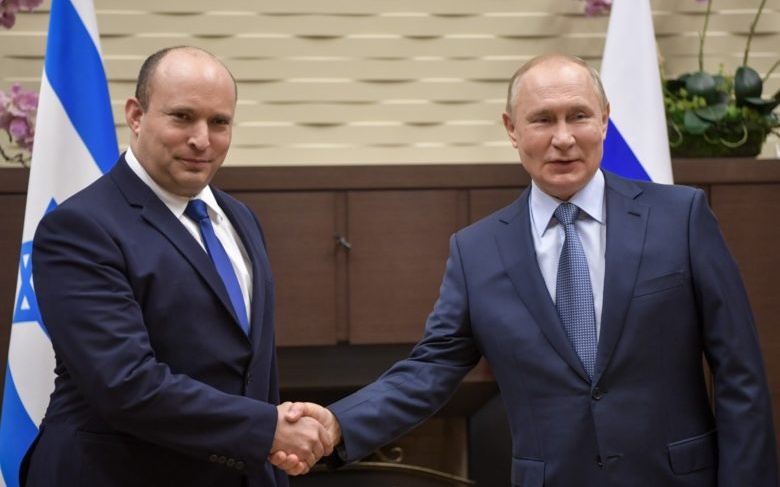 Elkin, who accompanied Bennett in the discussions, said the two sides reinforced “deconfliction” arrangements, allowing both Russia’s attacks propping up the Assad regime and Israel’s attempts to degrade the capabilities of the regime, Tehran, and Lebanon’s Hezbollah.

The arrangements were first established in September 2015 between Putin and Bennett’s predecessor Benjamin Netanyahu. Weeks later, Moscow launched its massive air and ground military intervention, initially to prevent the fall of Bashar al-Assad and then to erode opposition territory.

In return, Putin agreed to Israeli operations to keep Iran and Hezbollah out of southwest Syria, near the Israeli-occupied Golan Heights, and to block weapons transfers from Tehran to its Lebanese ally.

See also Russia Brings In More Warplanes, US and Israel Say “That’s OK”
Syria Feature: How the Conflict Brought Israel and Russia Together

Elkin said of the “very wide” talks: “The Prime Minister presented his world view on ways to stop Iran’s nuclear drive and Iran’s entrenchment in Syria. It was decided to keep policies vis-à-vis Russia in place.”

Bennett, who became Prime Minister in June, wrote on Facebook: “Our relationship with Russia is strategic, but also on an almost daily basis, and we need to maintain this direct and intimate discourse.”

Israel has carried out hundreds of airstrikes against pro-Assad targets during the 127-month Syrian conflict. The aerial assault has escalated since April, amid the change in the government from Netanyahu to Bennett.

In the past two weeks, Israel has carried out two sets of strikes in Homs Province on and near the regime’s T4 airbase. “Several” Iran-backed militia were reportedly killed.