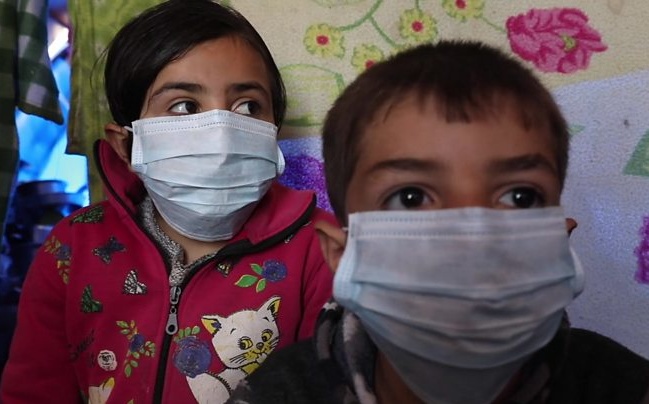 Intensive care units are filled near capacity in hospitals in opposition-held northwest Syria, because of the surge of Coronavirus.

The Syrian American Medical Society reports that ICUs are up to 93% occupied in Idlib and Aleppo Provinces, with 98% use of ventilators, and are short of crucial supplies. Five of nine isolation units are at or over capacity. Beyond hospitals, the situation is compounded by lack of testing kits and vaccines.

The Delta variant has been detected in 98% of infections.

SAMS President Dr. Amjad Rass summarized, “The situation is rapidly deteriorating. Our doctors and nurses are bravely responding as best they can given the circumstances, but they need more resources to be able to combat this current wave.”

Only 0.8% of residents are fully vaccinated, and only 1.8% have received one dose. Of the 462 victims between May 1 and October 2, only 7 were partially or fully vaccinated.

The UK outlet Channel 4 reports on the worsening situation with Coronavirus in northwest Syria.

A medic explains, “To say the situation is tragic is an understatement. No words can express it.”

A desperate man pleads with staff to treat his wife, “I have been trying to admit her for two weeks now. No private hospital will take her.”

The UK-based charity Save the Children reports that cases rose by 144% from August to September, reacing 71,715 with 1,151 deaths It said only a dozen beds in intensive care units remain in the region.

The Assad regime’s Health Ministry has admitted that all intensive care unit beds are full in Damascus city, Damascus Province, and Latakia Province.

He said that with hospitals at ICU capacity in Syria’s capital, four patients in critical condition had been transferred to Homs.

Obaida Hitto of Turkey’s TRT World reports from a hospital in northwest Syria:

Despite shortages of medical equipment and staff and recurrent pro-Assad attacks, health authorities in Idlib and Aleppo Provinces had limited the virus in the area of more than 4 million people.

But the Delta variant reached the territory last month. Since then, there have been a total of 63,000 cases, according to international aid groups.

There are more than 25,000 active cases, almost equaling the total over the past year.

“In this current wave there have been more daily cases confirmed than we have ever seen before,” Tanya Evans of the International Rescue Committee told Reuters.

Ammar Shamim, a medical official in Idlib city, said, “The situation has become catastrophic with all the hospitals overwhelmed” and a dangerous shortage of supplies.

There are also indications of a surge in regime-held parts of Syria.

The Health Ministry announced 315 cases on Thursday, the highest official daily total of the pandemic.

Medics, activists, and residents say the regime only admits a fraction of cases and deaths. The official toll is 31,148 cases and 2,146 deaths.

But Issam al-Amin, the head of Mouwasat University Hospital in Damascus, revealed, “The occupancy of intensive care units for COVID-19 patients have reached close to 100%.”