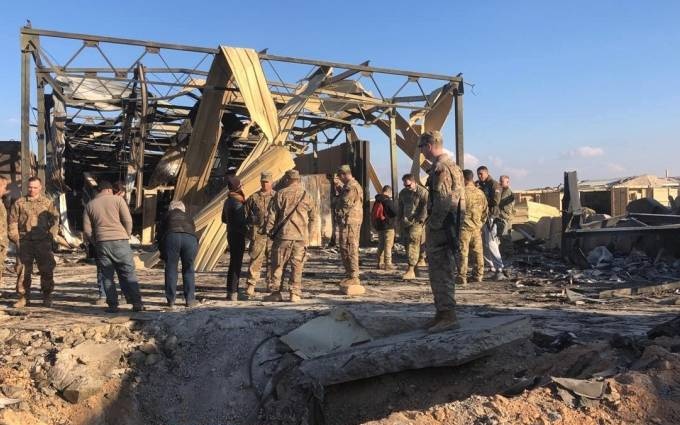 Donald Trump’s White House asked the Pentagon to play down and delay reports of injuries suffered by US troops from an Iranian missile attack on two Iraqi bases in January 2020.

Iran fired on the bases five days after the US drone assassination of Maj. Gen. Qassem Soleimani, the commander of the Quds Force of the Revolutionary Guards, and Iraqi militia leader Abu Mahdi al-Muhandis.

More then 100 American troops suffered traumatic brain injuries. While about 80% returned to duty within days, dozens were evacuated to Germany and then the US for treatment.

But Trump claimed there were no casualties, with the US personnel suffering only “headaches” that were “not very serious”.

See also Why Trump Administration is in Chaos After Soleimani Assassination

Alyssa Farah, who was the Pentagon’s spokeswoman at the time, has told a podcast of the White House attempt to shut down an accurate statement.

She said, “We gave those facts to the President,” and it was Pentagon policy to release the information as it was verified. But she continued:

I think where things got shaky was there was an effort from the White House to want to say [that] this was not successful – the Iranians were not successful in harming our targets in response.

And I think that went too far….It ended up glossing over what ended up being very significant injuries on US troops after the fact.

Farah recalled that, as the Pentagon continued to update the number of casualties, “We did get pushback from the White House of, ‘Can you guys report this differently? Can it be every 10 days or two weeks, or we do a wrap-up after the fact?’. The White House would prefer if we did not give regular updates on it.”

The spokeswoman resisted, “My feeling was, if my experience had taught me anything, transparency is always going to be your best friend in that field.”

The Trump camp did not respond to Farah’s revelations on Tuesday.

Instead, sensing a political opportunity, Trump has been calling the family members of some of the 13 US troops killed by a bombing on August 26 in Kabul, Afghanistan, during the evacuation following the Taliban’s takeover of the capital.