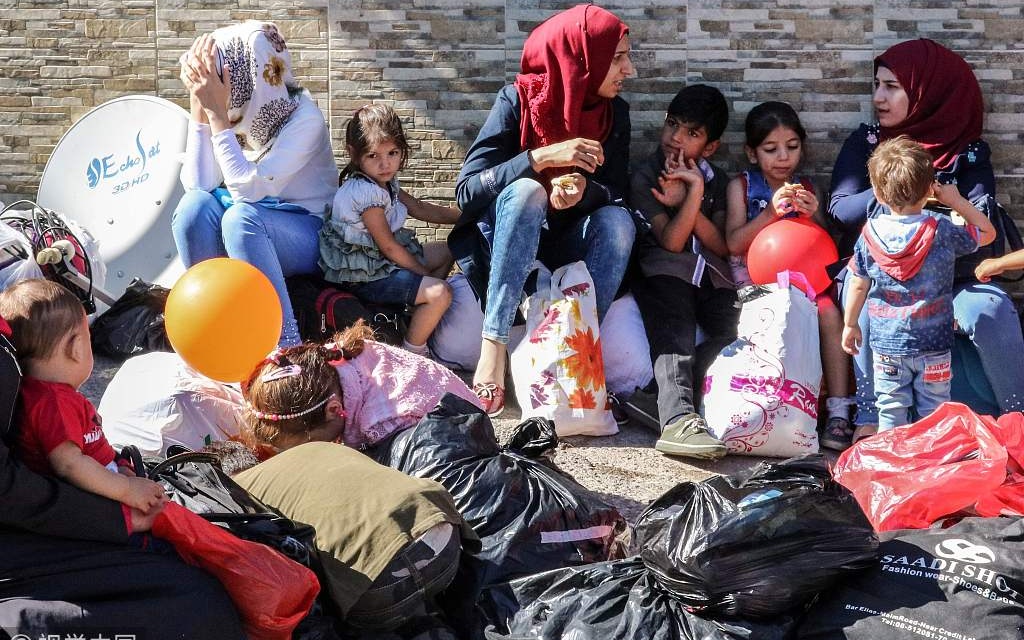 Syrian women and children at the Masnaa crossing on the Lebanon-Syria border, July 28, 2018

The Assad regime’s security forces are detaining, torturing, raping, and “disappearing” returning refugees, according to a report by Amnesty International.

In the 51-page “You’re Going to Your Death”, Amnesty details human rights violations against 66 returnees, including 13 children between three weeks and 16 years old, from mid-2017 to 2021. In five cases, former refugees died in detention. The fate of 17 who were forcibly disappeared is unknown. In 14 cases, there was sexual violence, including seven cases of rape, committed against five women, a teenage boy, and a five-year-old girl.

Amnesty documented 24 cases where men, women, and children were accused of “terrorism”. They were then abused, including torture, rape or other sexual violence, and subjected to arbitrary or unlawful detention.

The report is based on interviews with 41 Syrians — including returnees and their relatives and friends — lawyers, humanitarian workers, and experts on the country.

It comes as some countries, such as Denmark, Sweden, Lebanon, and Turkey, are putting pressure on refugees to return to Assad regime territory. It complements the warnings of internally displaced Syrians, including the Rukban camp near Jordan’s border, that they face detention, intimidation, and disappearance if they give way to regime sieges and return to home areas.

See also Syria Refugees Protest Denmark’s Attempt to Return Them to Assad Regime
Rukban’s Displaced Syrians to UN: Where is the Aid?

Any government claiming Syria is now safe is wilfully ignoring the horrific reality on the ground, leaving refugees once again fearing for their lives. We are urging European governments to grant refugee status to people from Syria, and immediately halt any practice directly or indirectly forcing people to return to Syria.

About 6.6 million Syrians are refugees. A small fraction have returned in recent years, amid high-profile Assad regime PR declaring Syria is returning to “normal”.

Torture and Rape: “We Are Trying to Humiliate You”

“Noor” was stopped at the border as she returned from Lebanon. An officer challenged her, “Why did you leave Syria? Because you don’t like Bashar al-Assad and you don’t like Syria? You’re a terrorist….Syria is not a hotel that you leave and return to when you want.”

Later he raped Noor and her five-year old daughter in a small interrogation room.

“Yasmin” was arrested immediately at the border, as she returned from Lebanon with her teenage son and three-year old daughter. She was accused of spying for a foreign country and raped. Her son was also raped with an object.

The officer who raped Yasmin said, “This is to welcome you to your country. If you get out of Syria again and come back again, we will welcome you in a bigger way. We are trying to humiliate you and your son. You will not forget [this] humiliation in all your life.”

“Karim” recounted, “People in Lebanon told me not to go back, telling me: ‘You’re going to your death.’ I didn’t believe them because it [Syria] is my country.”

He was arrested four days after he returned to his village in Homs Province. He was detained for 6 1/2 months and repeatedly tortured.

An officer told him, “You came to ruin the country and complete what you started before you left.” When Karim said he was simply returning to his home village, officials said he was a “terrorist” because it was in a pro-opposition area.

After I was released, I couldn’t see anyone who visited me for five months. I was too scared to speak to anyone. I had nightmares, hallucinations. I was talking during my sleep. I used to wake up crying and scared. I’m disabled because the nerves of my right hand are damaged due to [torture]. Some of the disks of my back are also damaged.

“Yasin”, detained for four months after he crossed from Lebanon, said, “When [an agent] hit me, I counted every hit. Sometimes it reached 50 or 60 and I passed out. Once it reached 100.”

“Ismael”, held in four different intelligence branches over three and a half months, recalled,“They electrocuted me between the eyes. I felt my whole brain was shaking….I wished I would die.”

For some returnees, the intimidation — and worse — has not stopped after release from detention.

“Ola” and her brother were arrested in 2019 at the border crossing with Lebanon. Weeks later, she was still being visited by security forces who interrogated her.

“They see us as terrorists because we left to Lebanon,” she explains.

Five months later, Ola’s family were told by authorities that her brother had died in detention.

“Ibrahim” told Amnesty of the arrests of his cousin, his cousin’s wife, and their three young children, aged 2, 4 and 8, when they returned from France in 2019. They are still “disappeared”.

In 27 cases, the detainees were used for extortion, with families paying on average between 3 and 5 million Syrian pounds ($2,385 to $3,975 at official rates) for their release.

The Assad government has attempted to depict Syria as a country in recovery. The reality is that Syrian authorities are still perpetrating the widespread and systematic human rights violations that contributed to millions of people seeking safety abroad.