Why Trump Administration is in Chaos After Soleimani Assassination 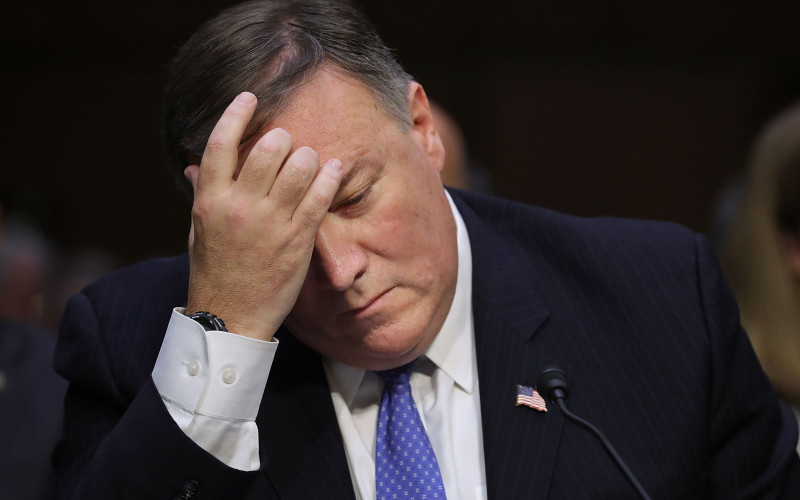 Originally published in The Conversation on Tuesday, before Iranian missile strikes of two US bases in Iraq:

Even by the standards of turmoil between the US and Iran, the death of Qassem Soleimani was an extraordinary moment. For the first time, a US government had openly pursued and achieved the assassination of an Iranian State official — and not simply an official.

Soleimani was more than a military commander. As the head of the Quds Forces, the Revolutionary Guards branch operating outside Iran, he was perhaps Iran’s most important military commander. He was also the Islamic Republic’s political and diplomatic envoy and, some would say, manipulator. He oversaw the effort to prop up the regime of Bashar-al Assad in Syria, where hundreds of thousands of civilians were killed and more than 11 million displaced.

His assassination elevates the uncertainty of an already precarious situation, not least over how and when Iran will retaliate.

How Will Iran Respond?

George W. Bush and Barack Obama had both vetoed proposals to kill Soleimani in the past, wary of crossing a line and provoking an Iranian response.

Defense Minister Hossein Dehghan told CNN that the Islamic Republic — through its forces or proxies – would strike US “military sites”.

But military action now by Tehran would come at great risk. Any further attacks on US personnel in Iraq or Syria would undoubtedly bring American strikes inside Iran – the attacks on radar installations, missile batteries and bases that Trump called off at the last minute in June.

Despite Israeli prime minister Benjamin Netanyahu’s desire since 2012 for a show of force, Israel’s military and intelligence services have held the line against any bombing of Iran. A US-Iran escalation could lift that restriction, with the Israelis hitting selected targets linked to Iran’s military, paramilitary and nuclear programs.

Iran has carried out cyber attacks against US and Saudi interests in the past. However, resorting to these tactics as retaliation for Soleimani’s killing would put Tehran in a battle against a US which has been pursuing cyber assaults since it put the Stuxnet virus into Iranian computer systems in 2009.

The leader of Lebanon’s Hezbollah, a close Iranian ally, called on Sunday for attacks on US bases and personnel. But any Hezbollah operations could restart a war with Israel.

So Tehran’s steps now will be political. Having suspended some of its commitments under the 2015 nuclear deal, Iran has now announced that it is suspending other requirements, meaning it could return to its pre-2015 level of enrichment of 20% uranium. With the installation of advanced centrifuges, this could potentially be further enriched to 90% military-grade uranium.

The problem for the Islamic Republic is that this risks further economic isolation by antagonizing European powers – and possibly Russia and China who as signatories to the 2015 nuclear agreement are still committed to its terms.

The more promising approach – and more pertinent given the circumstances of Soleimani’s assassination – would be to put pressure on the Iraqi parliament and outgoing prime minister Adil Abdul al-Mahdi to call for the withdrawal of US troops. Legislators have already voted for such an expulsion. But what of the Iraqi public, who in mass protests against the government has criticized Tehran as well as Washington?

US in Limbo in Iraq?

What is striking is that, while Iran faces challenges with any of its options, the same US agencies that planned Soleimani’s assassination have not prepared for the aftermath. Trump’s reaction was largely limited to a tweet of the US flag before empty assertions that Iran will “never have a nuclear weapon” and a threat to bomb Iranian cultural sites that brought international condemnation.

Vice President Mike Pence, put out the false message that Iran was responsible for the 9/11 attacks. Secretary of state Mike Pompeo spread the fantasy that Iranians would respond to Soleimani’s assassination by rising up against the regime.

As millions of Iranians mourned Soleimani rather than seeking regime change and the Iraqi parliament demanded the expulsion of US troops, Pompeo sheltered in fantasy: “We are confident that the Iraqi people want the United States to continue to be there to fight the counter-terror campaign.”

And as legislators — Republican as well as Democrat — and US allies deride the failure to consult them before the assassination, the administration has fallen into confusion.

Defense Secretary Mark Esper and the Chairman of the Joint Chiefs of Staff, Gen. Mark Milley, had to urgently convene a press conference to clarify that a letter from the commander of US forces in Iraq to the Iraqi parliament accepting the demand for withdrawal was a “mistake”.

Esper implicitly rebuked Trump’s tweeted threat against the Iranian cultural sites by insisting that the US “will follow the laws of armed conflict”. He tried to assure that: “Over the last several days, I’ve had conversations with many, many of our allies and partners about the situation.”

But neither man gave an indication of what those conversations, let alone US plans, might entail.

The easy part for the administration – for Pompeo, Pence and the Pentagon – was to cross the red line with the unprecedented, publicly acknowledged assassination of a leader of another State.

Now the hard part is upon those US officials: how to deal with the political, military and social upheavals after the killings. The Iranian regime remains in place and continues to defy Washington, Middle Eastern states are questioning if America is “reliable” and even the closest of long-term partners has doubts.

No answers are forthcoming. Asked if retaliation by Iran against US citizens could be expected, Pompeo could only offer this analysis:

It may be that there’s a little noise here in the interim.