EA on BBC and the Pat Kenny Show: The Killings in Kabul and Biden’s Response 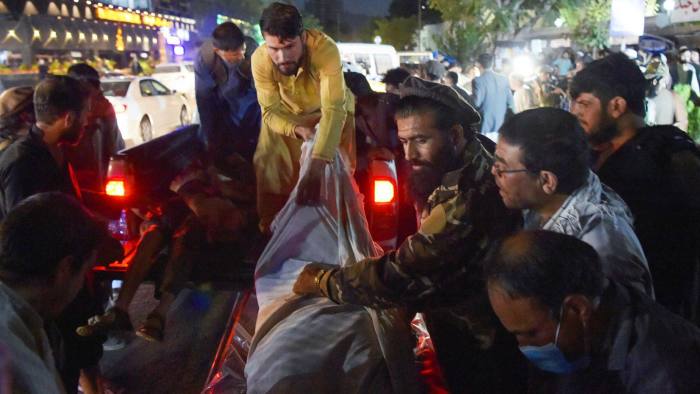 I also spoke with Dublin NewsTalk’s Pat Kenny Show on Friday about President Joe Biden’s response to the Kabul killings, including the end of evacuations and his promise of a new War on Terror.

Listen to Discussion from 8:55

There’s a big difference between 2001 and 2021. Bush’s War on Terror had capabilities and assets in Afghanistan. How is Joe Biden’s War on Terror going to hunt down the bad guys, the “terrorists”, when the US military has just left the country?

I spoke with BBC Coventry’s Phil Upton on Friday morning to update on the Kabul bombings and to analyze the relationship between the perpertrators, Islamic State Khorasan, with the Taliban and “Al Qa’eda”.

ISIS-K’s attack was a challenge to the US and the international community amidst the evacuations.

But it was also a challenge to the Taliban saying, “You think you control this country? You don’t.”

ORIGINAL ENTRY: I joined BBC 5 Live’s Colin Murray, before and after President Joe Biden’s statement on Thursday night, to discuss the killings of more than 70 Afghan civilians and 14 US troops in Kabul.

We begin with an explanation of the double suicide bombings, including of the perpertrators Islamic State Khorasan. Then we analyze Biden’s declaration of a new War on Terror, even as he is insisting on the August 31 deadline for evacuations from Kabul.

The other guest is former UK intelligence officer Philip Ingram.

What mattered to him was to win the gamble that no American personnel would be lost, and all Americans — and some Afghans — would be evacuated and he could declare victory.

He has lost that gamble.

Comparing Biden’s statement — “We will hunt them down. We will make them pay” — to President George W. Bush’s speech to Congress on September 20, 2001, which launched the initial American operations to overthrow the Taliban:

Here we have the declaration of a new War on Terror. But we know that the first War on Terror didn’t exactly end too well.

And what is different 20 years later: in 2001, you had assets, you had capabilities.

See also EA on BBC and Monocle 24: Is the Biden Administration Accountable for Afghanistan?