UPDATE: Iran — No Resumption of Nuclear Talks for “2 to 3 Months” 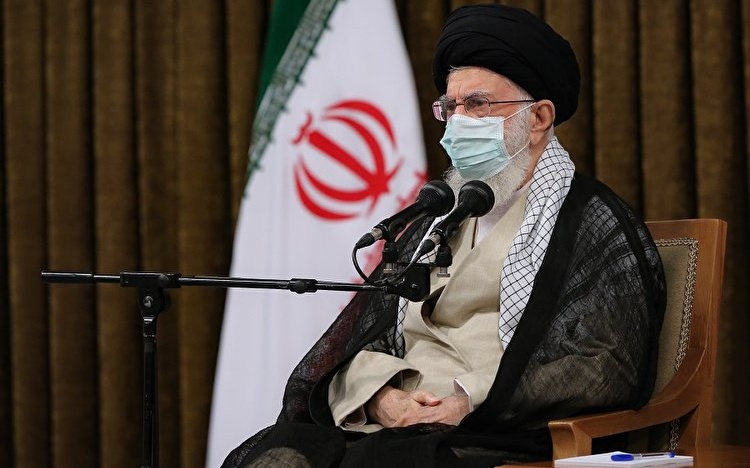 The Iranian and French Foreign Ministers have clashed in a statement after a phone call on Wednesday.

Le Drian expressed Paris’s concern at Iran’s suspension of provisions of the 2015 deal with the 5+1 Powers (France, US, UK, German, China, and Russia).

The German Foreign Ministry also called on Iran to resume discussions “as soon as possible”: “We are ready to do so, but the time window won’t be open indefinitely.”

But Amir Abdollahian chided the Europeans for “inaction” over US sanctions, saying Washington must “understand that we do not surrender to those pressures”.

Foreign Minister Hossein Amir Abdollahian has indicated that Iran will not return to the Vienna nuclear talks for “2 to 3 months”.

Amir Abdollahian said in an interview on Monday night that the participants in the 2015 agreement must “understand that the new government needs two to three months to settle in and plan”.

He tried to put blame on the US, chiding:

#Iran FM @Amirabdolahian: I told the other side that they really need to change their approach to negotiations. No one accepts the approach aimed at wasting time, and at the same time negotiations must have tangible results.#JCPOA

US Secretary of State Antony Blinken has sent a message to Iran, “We are committed to diplomacy, but this process cannot go on indefinitely.”

Addressing a conference in Kuwait, Blinken responded to the latest of statements of the Supreme Leader and other Iranian officials, pulling back from progress in the Vienna talks on the 2015 nuclear deal.

At some point the gains achieved by the JCPOA [Joint Comprehensive Plan of Action] cannot be fully recovered by a return to the JCPOA if Iran continues the activities that it’s undertaken with regard to its nuclear program.

We have clearly demonstrated our good faith and desire to return to mutual compliance with the nuclear agreement….The ball remains in Iran’s court and we will see if they’re prepared to make the decisions necessary to come back into compliance.

ORIGINAL ENTRY, JULY 29: A week before the inauguration of a new Government, Iran’s Supreme Leader has stepped back from the Vienna talks over the 2015 nuclear agreement between Iran and the 5+1 Powers (US, UK, France, Germany, China, and Russia).

Addressing the Cabinet of the outgoing Rouhani Government on Thursday, Ayatollah Khamenei said the “West” is being “unjust and malicious”. He chided the core approach of the Vienna talks: US re-entry into the deal and lifting of American sanctions in return for Iranian compliance with the agreement.

Khamenei implied that all sanctions must be removed before any Iranian acceptance of compliance, including a renewed halt of enrichment of 20% uranium.

The Americans have set a condition. They say, “If you want the sanctions to be removed, we should include a clause in the agreement which states that we must negotiate and agree over certain matters in the future. If you do not accept the clause, we do not have an agreement at the present.’ What is the clause? This clause is actually a pretext for their future interference.”

The Supreme Leader repeated his rejection of any revised deal which addresses Iran’s ballistic missile program and regional issues: “If we say later on that we are not going to negotiate over these matters because the policies of the country and our Parliament do not allow us to do so, they will say that there is no deal because we have supposedly violated it.”

He refused any agreement which does not included a US guarantee that it will not withdraw as the Trump Administration did in May 2018.

Last month, at the adjournment of the sixth set of talks in Vienna, the head of Iran’s delegation, Deputy Foreign Minister Abbas Araqchi, said discussions were “closer to the end of the road“. Iranian officials, and the European Union’s broker of the negotiations, indicated a deal might be reached in the next set of talks.

But with President-elect Ebrahim Raisi — the choice of the Supreme Leader’s office — to be inaugurated on August 5, Tehran has not returned to the table.

On Sunday, outgoing President Hassan Rouhani blamed Parliament — and indirectly the Supreme Leader — for obstacles preventing an agreement and the removal of the US sanctions. Rouhani pointed to Parliament’s bill last December which mandated the return to 20% uranium, breaking the terms of the 2015 deal.

“More Time Is Not Iran’s Friend”

US officials said they do not expect a resumption of the Vienna talks until September. A senior official cautioned Iranian leaders:

Our message is, more time is not Iran’s friend, even if they think it is.

The more time we are not talking, and they are advancing their program,…the Secretary [of State, Anthony Blinken] has been pretty clear that our enthusiasm for the JCPOA [Joint Comprehensive Plan of Action] wanes every passing day.

The official indicated that the Biden Administration might return to the “dual-track strategy” of “sanctions pressure, other forms of pressure, and a persistent offer of negotiations”.

The US official said the team around Raisi may be miscalculating the diplomatic and economic pressures Iran could experience if there is international consensus that Iran’s decisions and actions are the reason for the failure to reach a negotiated outcome. That differs from the situation when Trump decided to quit the deal in 2018, and impose “maximum pressure,” which most of the world disagreed with, because Iran was implementing the deal. Since 2019, Iran has been gradually exceeding the deal’s limits to protest the lack of sanctions relief.

Some of the people who are coming in with Raisi…believe they have taken the best punch the Americans can give, and [will] now be ok.

Their critical analytical error, is maximum pressure under the previous administration will not look like it under this one. If we are back in the situation because of Iran, they will face the situation of 2012, not 2019; that is not good for them. They are fundamentally misreading.