EA on BBC: How and Why Biden Left Afghans Behind 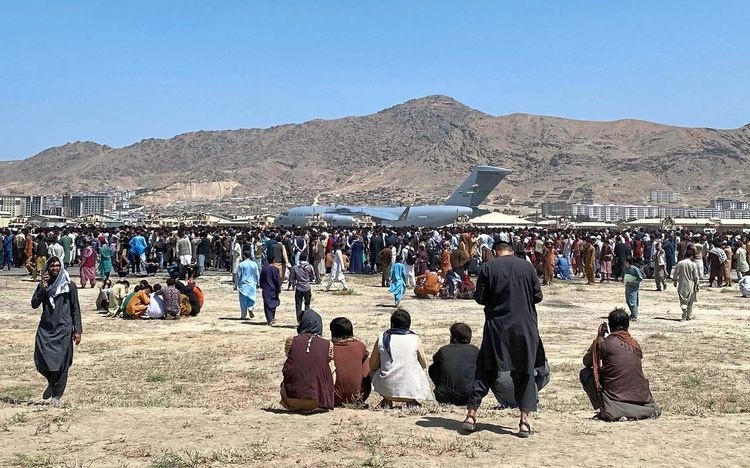 Afghans outside Hamid Karzai International Airport amid the US evacuation, August 2021 (AP)

In a 20-minute discussion, I joined BBC Radio 5 Live’s Colin Murray early Thursday to analyze how and why US President Joe Biden left behind tens of thousands of Afghans who wanted to leave the country after its takeover by the Taliban.

We begin with a review of the position of American military commanders, who opposed the quick withdrawal and now face its consequences. We go through the numbers to establish that the evacuated Afghans were only a fraction — as low as 4% — of those who applied for visas or worked with American forces and groups. Then we cut to the chase over Biden’s “America 1st” approach, declaring that the only interest in Afghanistan was “terrorism”.

Biden’s tactic is to talk this out and draw a line. It’s pretty much, “This is my last speech on Afghanistan, folks. We’re going to talk domestic issues. We can close the door on the Afghans.”

The Afghanistan Mosaic: Taliban, ISIS-K, and “Al Qa’eda”
EA on Monocle 24 and Australia’s ABC: Forget the Afghans, All Hail the 2nd War on Terror