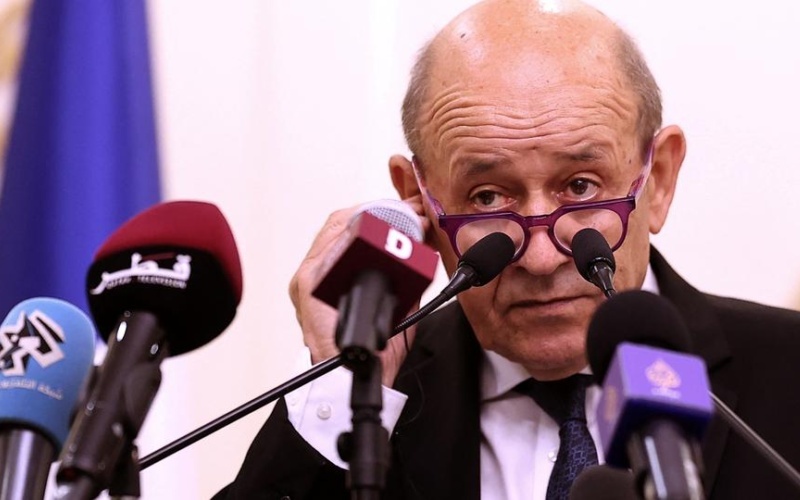 France has cancelled a defense ministers’ summit with the UK, amid French anger and protests over the US-Australia-UK nuclear submarines deal.

French Defense Secretary Florence Parly and UK counterpart Ben Wallace were scheduled to meet in London and to address the two-day Franco-British Council.

Co-chair Peter Ricketts, a former UK national security advisor, confirmed on Sunday that the Council conference has been “postponed to a later date”.

UK officials had said earlier on Sunday that they expected the summit to proceed. “We have a strong and close working defence partnership with the French as trusted allies,” one said, citing joint counter-terror operations in Mali and Iraq.

French Government spokesperson Gabriel Attal said US President Joe Biden has “asked to speak” to French President Emmanuel Macron. He said, “There will be a telephone discussion in the next few days.”

France has recalled its ambassadors from both the US and Australia in protest over the Australia-UK-US defense deal and the manner in which it was developed and announced.

French Foreign Minister Jean-Yves Le Drian said President Emmanuel Macron made the decision for recall over US and Australian behavior “unacceptable between allies and partners”.

At the request of the President of the Republic, I have decided to immediately recall our two ambassadors to the United States and Australia to Paris for consultations. This exceptional decision is justified by the exceptional gravity of the announcements made on 15 September by Australia and the United States.

It is the first time since French-US diplomatic relations began in 1778 that Paris has recalled its ambassador for consultations.

For any who still doubted it, the Biden Administration is no different from the Trump administration on this point: The United States comes first, whether it’s in the strategic, economic, financial or health fields. “America First” is the guiding line of the foreign policy of the White House.

Emily Horne, the spokeswoman for the US National Security Council, tried to play down any rift:

We have been in close touch with our French partners on their decision to recall Ambassador [Philippe] Etienne to Paris for consultations. We understand their position and will continue to be engaged in the coming days to resolve our differences, as we have done at other points over the course of our long alliance.

US Ambassador to the UN Linda Thomas-Greenfield asserted, “As the President [Joe Biden] said, we cooperate closely with France on shared priorities both in the Indo-Pacific region and we’ll continue to do so here in the Security Council,” she said. “Good friends have disagreements, but that’s the nature of friendship….Because you’re friends, you can have disagreements and continue to work on those areas of cooperation.”

She maintained, “We don’t see those tensions changing the nature of our friendship.”

But Le Drian warned of damage to “the very conception we have of our alliances, our partnerships and the importance of the Indo-Pacific for Europe”. A “senior French diplomatic official” said the crisis was exacerbated by the failure of the US to respond to Le Drian and Proly from last Friday until hours before the US-Australia-UK announcement on Wednesday.

The official said President Macron was only informed on Wednesday morning through a letter from Australian Prime Minister Scott Morrison.

The Australians claim that senior US officials tried unsuccessfully, to schedule meetings with French counterparts. US officials said the decision was made that Australia, because of its $66 billion contract with France for diesel-powered submarines, should notify Paris.

Foreign Minister Jean-Yves Le Drian reiterated the initial French reaction that the agreement was a “unilateral, brutal, unpredictable decision” by the US which “very much recalls what Mr. Trump would do“.

Le Drian said, “This is not done between allies.” Defense Minister Florence Parly emphasized that France had not been consulted.

The French Ambassador to the US, Philippe Étienne, said he learned about the deal from news coverage, followed by a call from Sullivan.

One official said the administration decided that Australia should choose whether to tell the French. But Morrison did not even mention France in the videoconference with Biden and Johnson.

In August, French Defense Minister Parly and Australian counterpart Peter Dutton had met in Paris and stressed the importance of their joint work on submarines as part of a broader strategy to contain China.

The US official accepted that the French had a right to be annoyed, and that the episode would further France’s desire for a European Union military capability independent of the US.

On Wednesday morning, European Union Commission President Ursula von der Leyen said in her State of the Union address, “Over the past years, we have started to develop a European defence ecosystem. But what we need is the European Defence Union.”

Presenting an European strategy for the Indo-Pacific on Thursday, the EU’s foreign policy head Josep Borrell said the deal was further proof that the bloc needs to “exist for ourselves, since the others exist for themselves”.

France canceled a gala scheduled for Friday at its embassy in Washington. The event was marking the 240th anniversary of the Revolutionary War’s Battle of the Capes.

Le Drian said that the Australia-UK-US agreement had set aside a French-Australian “contract for a 50-year period” with “a lot of technological transfers”.

US Secretary of State Antony Blinken, appearing alongside Dutton and Australian Foreign Minister Marise Payne on Thursday, tried to ease tensions: “We strongly, strongly welcome European countries playing an important role in the Indo-Pacific. We look forward to continued close cooperation with NATO, with the EU, and others in this endeavor.”

Le Drian was not persuaded. He summarized, “[This deal is] a knife in the back.”