EA on ANews: Why US “War on Terror” Kills Afghanistan’s Civilians 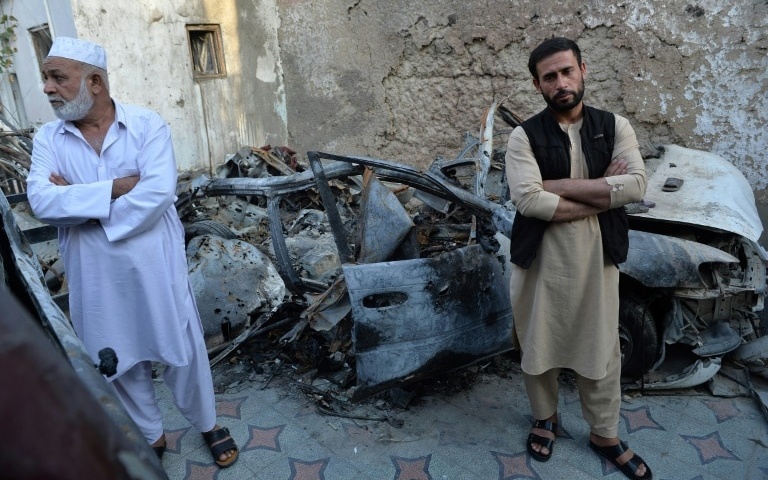 Emal Ahmadi (R) stands next to the Toyota Corolla destroyed in a US drone strike which killed 10 members of his family, Kabul, Afghanistan (AFP)

I joined Turkey’s ANews on Sunday to discuss the US killing of Afghanistan civilians, amid a “War on Terror” and the American withdrawal from the country.

We begin with a review of the drone strike on August 29 slaying 10 members of the Ahmadi family. Then we discuss wider issues, including the problems with US “over the horizon” bombing directed at Afghanistan, and — as national leaders attend the UN General Assembly this week — an alternative to the aggressive foreign policies not only of the US but also countries such as Russia and China.

First and foremost, remember those who have been killed. This isn’t just a number. These were members of a family, in which a father who was an aid worker was trying to make enough money for them to eventually go to the United States.

Now he, his children, and several of his brother’s children are dead.

See also US Military — We Killed 10 Civilians, Including 7 Children, in Kabul Drone Strike
EA on Monocle 24 and Australia’s ABC: Forget the Afghans, All Hail the 2nd War on Terror