EA on Monocle 24: Reality and Spin in the US-UK-Australia Defense Deal 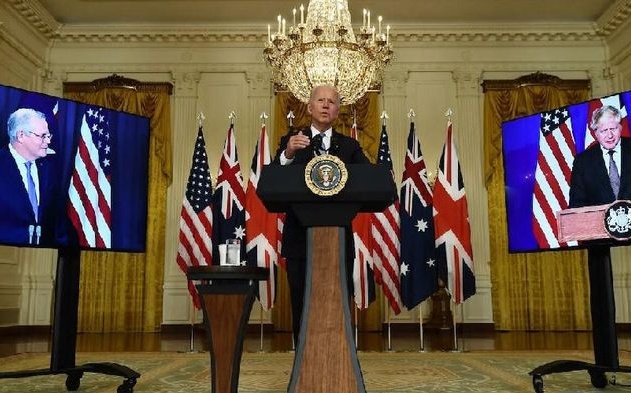 I joined Emma Nelson on Monocle 24’s The Globalist to analyze Wednesday’s announcement of a deal for the US and UK to supply Australia with nuclear-powered submarines.

We assess the immediate spin from commentators that the agreement is directed at China. But we go farther in talking about the other interests of the three participants, as well as Beijing’s perspective, the maneuvers between Chinese leader Xi Jinping and US President Joe Biden, and the effect on issues such as climate change — “the world’s leaders trying to stare each other down while the house burns around them”.

As with Vladimir Putin, Joe Biden is trying to say to Xi Jinping, “Look, we don’t want confrontation, but we’re watching you.”

But Xi Jinping doesn’t want to say, “We’re being watched”, and he certainly doesn’t want to be confronted. Thus, China’s implicit rejection of Biden’s call for a summit.