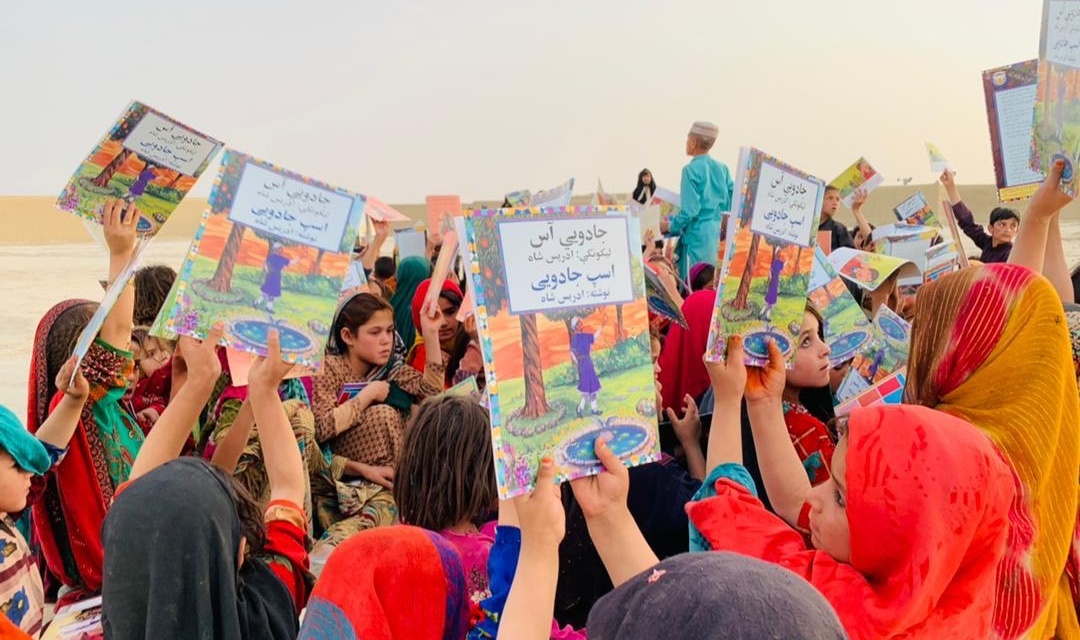 “I was in Ghazni when I found out about the Taliban taking over Kabul. I froze and couldn’t move until tears started flowing down my cheeks,” narrates Zarlasht Wali.

A 26-year-old English teacher, human rights activist and a firm supporter of girls’ education, Wali has since moved to a relative’s home in Kabul, nearly 150 km (93 miles) to the north-east.

“When we heard about provinces falling under the Taliban’s control one by one, we hoped Kabul would stand strong,” she says. Three days before the Taliban took control of the capital, insurgents led an offensive on Ghazni, her home town. “Ghazni fell three days before Kabul, but we still had hope for our future. But when our capital fell on 15 August, I feared it was truly the end of our freedom.”

She and other women educators are already facing restrictions at Taliban checkpoints. “After Kabul fell, I wanted to come here from Ghazni to attend meetings and discuss how to proceed and what lies ahead for our girls’ education campaigns,” she explains, “but passing the checkpoints has ignited a sense of fear in us.

“The Taliban are checking if we have painted our nails, if we’re wearing high heels and whether we have smartphones. We are unable to travel across districts without a ‘mahram’ [a male guardian], who has to be your husband, brother or father. They are not letting us through if unaccompanied.”

Moving around the country without a male guardian, the freedom to work and to stand for elections are some of the rights that women in Afghanistan are fighting for.

The memories of the Taliban’s former rule in between 1996 to 2001 have rekindled fears among Afghan women. Wali also reveals that Taliban fighters are questioning women who are not wearing a burqa and many women have reported that the Taliban have been coercing them to wear it.

Women have held protests in Kabul and many other cities across the country to fight for their fundamental rights. In Herat, Kabul, and Dasht-e-Barchi, they were threatened with gun shots, beaten with batons and prevented from attending protests, according to videos shared by protestors.

“One of my female colleagues was detained and taken to the police station because the Taliban fighters thought she was attending a women’s protest,” Wali reports. “Her phone was confiscated but she stood her ground and was let go after three hours. It’s horrifying for us to think what more we’ll encounter at these checkpoints.”

The violence surrounding the protests has added to the uncertainty over the future of women’s rights in the conflict-ridden country.

Despite the increasing threats to women in Afghanistan, especially working women, Wali and her colleagues are determined to keep doing their work at Pen Path – a Kandahar-based NGO which campaigns for girls’ education in rural Afghanistan.

See also From Afghanistan — “Even If They Threaten to Shut Our Schools, We Will Fight for Education”

She joined the organisation in 2015 when she was still a student. Having majored in English at Kabul University, she decided to teach the language while also conducting door-to-door campaigns to convince parents to enroll their daughters in schools. Many Afghan parents, particularly in rural areas, are hesitant to send their daughters to school.

“In Afghanistan, the men take decisions for us,” Wali says, “I have accepted that, as long as they don’t obstruct our education. To enroll our girls in the schools, we have to pass through their parents, brothers, the tribal leaders, and religious scholars.”

This pyramid of approval is now headed by the newly-formed Afghan government, which has left UN agencies and many states concerned due to the affiliations and track records of some of the people who hold top jobs.

In rural Afghanistan, a conservative and deeply religious society, girls have long had to suppress their educational aspirations. Teachers and educators are now facing increased risks as they fight against the Taliban’s de facto ban on women’s rights to work and study. Schools have reopened. However, only boys are attending the classes, Wali confirms, while female students and teachers have been prevented from returning to their schools.

On Friday, the Taliban-held Education Ministry announced that all male students grades six to 12 and male teachers will be resuming classes across the country. There was no mention of female students or teachers.

“I hope it’s not true. Although we have heard the news. I will wait for confirmation in the coming days. I’m heartbroken and worried for what lies ahead for girls and women in Afghanistan,” Zarlasht says with concern.

“I Am Scared For the Future”

Working with 2,400 volunteers, of which 400 are women, since 2009 Pen Path has managed to enroll more than 2,000 girls, reopen over 100 schools and distribute study material to 54,000 girls. The NGO was founded by Kandahar native Matiullah Wesa and his brother Attaullah Wesa. They faced many threats from the Taliban over the years, and Matiullah’s school was even burned down in 2004. For the female volunteers and teachers of Pen Path, the coming weeks will determine their future participation in educational campaigns.

“I came to Kabul to plan with our team how to approach the new leaders so that they let our girls go to school. However, it has been 20 days and female volunteers have had to pause the campaign for girls’ education. This week our male volunteers are leading the efforts,” Wali explains.

Due to the recent display of violence at the protests, the job of convincing parents to send their girls to schools will be challenging. “It took us so many years to collaborate with tribal leaders, religious scholars and parents to get here. Now, I am scared for the future,” she says.

I spent the first few days worried and crying over what lies ahead for us Afghan women. But now I have decided to stand up for our education. If girls can’t go to school, we will go to them and hold classes in their homes.

I hope we can find a solution after speaking with the new leaders.

Growing economic and social hardships are only adding to the deteriorating situation of women’s rights in Afghanistan. “ATMs have run out of cash, and we are using whatever little money we have at home to buy necessities,” Wali explains. “In a few weeks, there will be absolute chaos once the money runs out. Amidst all this, my primary concern is about the well-being of each and every girl in Afghanistan.”

Seeing boys going to schools while on the other hand receiving disappointing messages from girls for their unknown future made me break down into tears.

I was witnessing how these young learners were frustrated and were mentally and emotionally tortured.

I hope this nightmare ends soon and all these young learners attend their schools without any fear or stress.