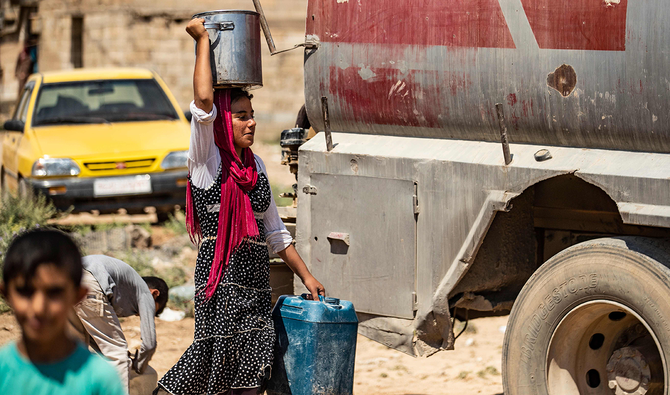 UN officials have called on Turkey to restore water supplies in Kurdish-controlled northeast Syria, saying that up to 1 million civilians are affected.

Since November 2019, the Alouk water station, which directly provides clean drinking water to nearly 460,000 people, has been disrupted at least 24 times. Since 23 June, the station has stopped operating due to a number of factors including reduced access for technicians to carry out maintenance and repairs and insufficient electricity, effectively and immediately limiting access to water across Al-Hasakeh governorate. In total, up to 1 million people are impacted, including many of the most vulnerable displaced families living in camps and informal settlements.

The officials said families are “resorting to potentially unsafe sources of water or limiting consumption”, risking the contraction of potentially fatal water-borne diseases. The situation is compounding the risk to the population from the Coronavirus pandemic.

Humanitarian agencies have delivered million of liters of water to families on a daily basis, rehabilitated a water station, and installed pumps in the city of Hasakah. However, the main station at Alouk is the “only viable source to fully meet the urgent water needs”.

Residents have endured cutoffs of water for more than a year. The Kurdish administration, which has controlled the area since the eviction of the Islamic State between 2017 and 2019, says Ankara is trying to break local services.

Turkey says the Kurdish Democratic Union Party (PYD) and its YPG militia are part of the Turkish Kurdish insurgency PKK. In October 2019, Turkey forces and anti-Assad Syrian factions occupied a corridor in northeast Syria along the border.

Turkish authorities insist they have not halted water supplies, blaming the Assad regime for cutting electricity to the area.