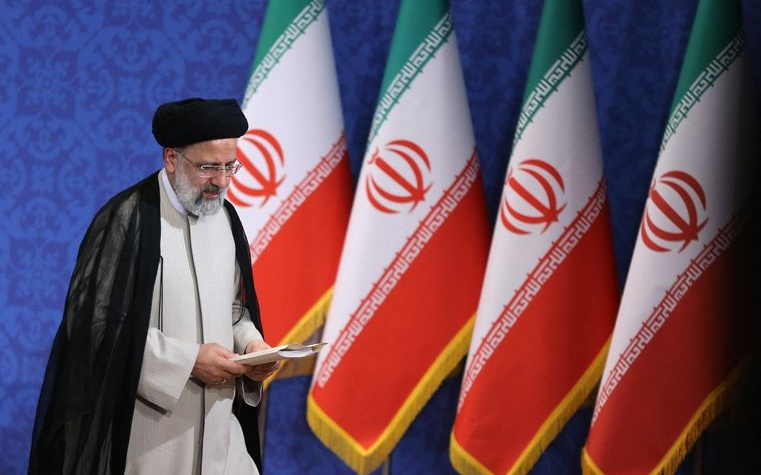 In his first speech as Iran’s President-elect, Ebrahim Raisi has followed the lines of the Supreme Leader on the Iranian nuclear deal and US sanctions.

Raisi spoke on Monday, a day after he was declared the victor in a managed Presidential election with a record low turnout for the Islamic Republic.

The choice of the Supreme Leader’s office, Raisi proclaimed that nuclear talks in Vienna must lead to the lifting of all US sanctions as Washington returns to the 2015 deal with the other 5+1 Powers (US, France, Germany, China, and Russia). Trying to split others from the Biden Administration, he said Europeans need to comply with terms of the deal and not be affected by the US.

Raisi, currently the head of Iran’s judiciary, did not refer to Iran’s compliance with the deal. That includes a rollback of enrichment of 20% and even 60% uranium.

The cleric said generally, “Any negotiation in which national interests are guaranteed will be supported.” However, he echoed Ayatollah Khamanei’s refusal to discuss any issues over the region and Iran’s ballistic missile program.

The nuclear talks adjourned last weekend for consultations in national capitals. Iran’s lead negotiator, Deputy Foreign Minister Abbas Araqchi, said the discussions were “close to the end of the road”, expressing hope that they can be completed in the next round.

Beyond the nuclear discussions, Raisi proclaimed, “We’ll pursue engagement with all countries of the world”. He specifically cited restoration of diplomatic ties with Saudi Arabia, broken in January 2016. But he rejected any meeting with US President Joe Biden.

Foreign Minister Mohammad Javad Zarif, who met with Raisi for 90 minutes on Monday, said he believes an agreement can be reached before Raisi is inaugurated in the first week of August.

The European Union, which is the broker in the Vienna talks, said in a Monday statement:

We followed closely the electoral process and take note of the Ebrahim Raisi’s victory. The EU stands ready to work with Iran’s new government. In the meantime it is important that intensive diplomatic efforts continue to bring the JCPOA [Joint Comprehensive Plan of Action] back on track.

In a sign of the tightening grip of conservatives and hardliners, they took all 21 seats on the Tehran City Council amid a sharp fall in turnout. Mehdi Chamran led the list with 486,000 — a total which would have finished only 24th, failing to get a seat, in 2017.

Centrists and reformists swept all the Tehran seats four years ago.

The President-elect brushed aside his role in the 1988 executions of tens of thousands of political prisoners.

Asked by Al Jazeera about the mass killings, he said, “Everything I’ve done in my time of holding office has been to defend human rights.”

He claimed that, as judiciary head has subsequently dealt with “those who disrupted people’s rights and engaged in Daeshi [Islamic State] and anti-security moves”

Human rights organizations, including Amnesty International and Human Rights Watch, have called for Raisi to be tried for crimes against humanity. Raisi is already under US sanctions for his role in the executions, including the hanging of juveniles, and repression of dissent.

Using a standard tactic by Iranian officials, the President-elect told Al Jazeera that Iran will declare human rights violations by other countries, with calls for “those that founded terrorist groups” to be prosecuted.