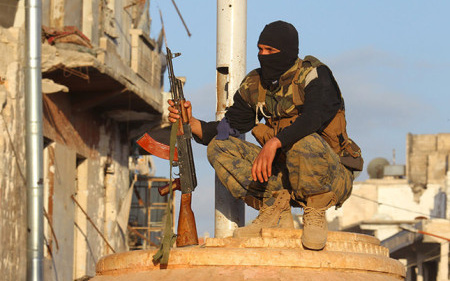 A Dutch court has imposed a 20-year sentence on a former member of the Islamist faction Jabhat al-Nusra over the killing of an Assad regime soldier in northern Syria.

The case was around the execution of the captured and bloodied soldier in 2012 on the banks of the Euphrates River. Judges concluded that the voice of Ahmad al-Khedr was heard in the video.

The judges ruled in a 40-page verdict, “Executing an imprisoned foe by the accused is not only murder but also an egregious violation of the written and unwritten rules of international humanitarian law and universal human rights.”

Khedr has lived in the Netherlands since 2014 and was granted temporary asylum. German police provided witness testimonies to Dutch authorities.

Dutch courts have convicted three Syrian nationals of war crimes. Previous sentences were up to seven years — Khedr’s term was longer because he was found to have participated in the execution.

A series of war crimes cases have also been brought in European countries against former Assad regime officials. In February, a intelligence officer, involved in the torture of detainees, was sentenced to 4 1/2 years in prison by a German court. A senior officer goes on trial this autumn.

Victims of regime chemical attacks filed a complaint in April in Sweden, and Canada and Netherlands are jointly pursuing possible prosecutions.