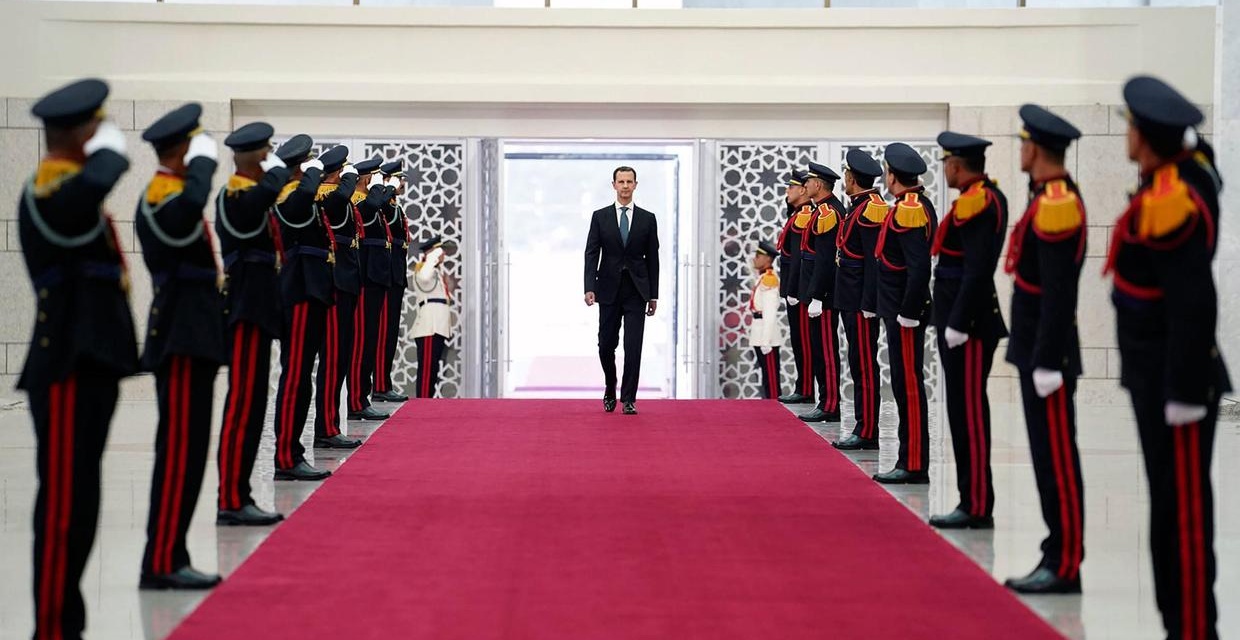 Formally inaugurated as President on Saturday after his staged re-election, Bashar al-Assad has blamed Syria’s economic crisis on conditions in neighboring Lebanon.

Assad took no responsibility for the 75% contraction in GDP since the Syrian uprising began in March 2011. Instead, he said that between $40 billion and $60 billion of Syrian funds are frozen, as Lebanese banks locked accounts and blocked transfers abroad since late 2019.

Many Syrian companies, including those of the inner circle around Assad, circumvent Western sanctions by using Lebanon’s banking system, including payment for imports.

The Lebanese restrictions have worsened widespread shortages of food, basic goods, and electricity in Syria, with the Assad regime unable to fill tenders for wheat, sugar, rice, and other commodities.

Food prices have risen 247% in the past year, with 12.4 million Syrians — more than 70% of people still in the country — struggling to meet daily needs. Last week the regime further reduced subsidies, doubling the price of bread and tripling the cost of home heating.

Assad tried to minimize the issue:

Sanctions haven’t prevented us from securing our basic needs but they have created some choke points.

We will continue to work to overcome them without announcing what methods we used before to do that or what we will use in the future.

After the ceremony, Assad met Chinese Foreign Minister Wang Yi and his delegation, in a sign of the regime’s hope for economic support.

Regime media gave no details, putting out template statements about “historic and distinguished relations binding the two friendly countries” and agreement on “a new stage in strengthening these relations and opening wider horizons for bilateral cooperation in all fields”.

Assad was given 95% of the vote against two nominal opponents in the May 26 election.

He was sworn in before more than 600 guests. Defying Coronavirus, none in the audience wore masks and there was no social distancing.

Assad insisted that the elections “have proven the strength of popular legitimacy…conferred on the state….[They] have discredited the declarations of western officials on the legitimacy of the state.”

Assad pointed to more attacks, breaking a March 2020 ceasefire agreement between Russia and Turkey, as he said all territory would be taken from “the terrorists and from their Turkish and American sponsors”.