Another Israeli Attack on an Iranian Nuclear Facility — Reports 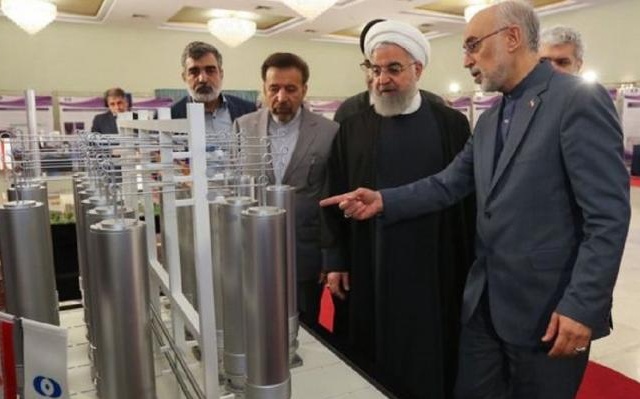 Israel has reportedly targeted another Iranian nuclear facility, using drones in a Wednesday attack on a company making uranium centrifuges.

The Iran Centrifuge Technology Company (TESA) was on a list of targets handed by Israel to Donald Trump, US Secretary of State Mike Pompeo, and CIA Director Gina Haspel in early 2020.

Fakhrizadeh was gunned down in November 2020. The facilities at Natanz were damaged by bombs, placed inside the complex, in July 2020 and April 2021.

The TESA facility was manufacturing centrifuges to replace those destroyed in the two Natanz strikes. Citing an Iranian source, The New York Times said a small quadrocopter was used in Wednesday’s attack near the city of Karaj, outside the capital Tehran. A “person familiar with the attack” said the drone took off from inside Iran.

Iran’s Atomic Energy Organization claimed the strike was thwarted: “Given the precautions taken to protect sites belonging to the atomic nuclear agency, this morning’s attack was foiled before it could damage the building.”

Responding to US sanctions, Iran had broken the terms of the 2015 nuclear deal by installing and operating advanced centrifuge models. In January, the Islamic Republic returned to its pre-2015 production of 20% uranium. Just after the April attack on Natanz, Tehran announced its first enrichment of 60% uranium, short of the 90% level needed for military use.

Last weekend, a sixth set of talks on renewal of the 2015 nuclear deal adjourned in Vienna. Iranian officials have said a deal might be completed in the next round for US re-entry, lifting of American sanctions, and Tehran’s return to compliance.