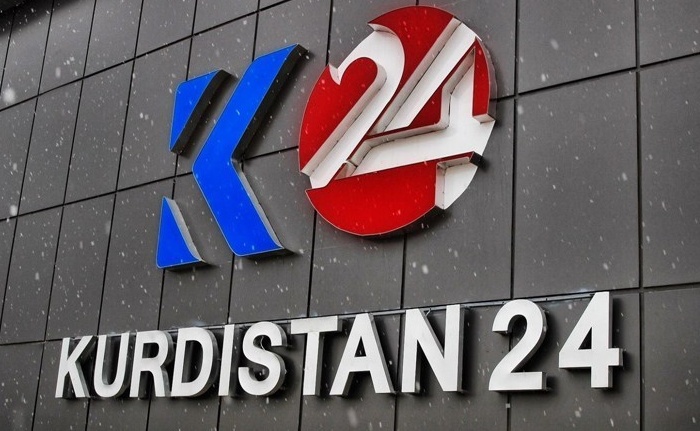 The autonomous Kurdish authority in northeast Syria has closed the local bureau of the Iraqi Kurdish news agency Kurdistan24.

The Autonomous Administration of North and East Syria issued the order on Sunday without prior notice. The authority claimed the outlet was inciting hate speech and promoting intra-Kurdish fighting,

Kurdistan 24 responded in a statement, “The shutting down of the Kurdistan 24 Rojava [Syrian Kurdistan] bureau is a blatant violation of media freedom and a worrisome sign of the Rojava authorities’ disregard for press freedom, as well as an attempt to suppress views they oppose.”

Joanne Stocker, the editor-in-chief of Kurdistan24 English, told Syria Direct, “We don’t know yet if it is a temporary or permanent decision, and we don’t know whether they’ll allow us to work again.”

The AANES is led by the Syrian Kurdish Democratic Union Party (PYD), which has been in a long-time struggle with other Kurdish factions — some of them backed by Iraqi Kurdistan’s regional administration — for leadership in the Kurdish cantons of Kobani and Cezire.

Kurdistan24 is based in Erbil, the capital of the autonomous Iraqi Kurdistan region. The agency is linked with the family of Masrour Barzani, the Iraqi Kurdish Prime Minister.

The AANES also banned Kurdistan24 and its journalists in September 2019.

The Committee to Protect Journalists and Reporters Without Borders have each criticized the latest closure.

.@RSF_inter denounces the decision of the Autonomous Administration of North and East #Syria to ban without valid reason the Iraqi Kurdish channel @Kurdistan24tv. The authorities of the region, which claim to be democratic, must let the media operate without restrictions!

Tension has risen in recent weeks between the PYD, linked with the Turkish Kurdish insurgency PKK, and the Iraq-based Kurdistan Democratic Party (KPD). Earlier this month, the KPD accused the PKK of killing five of its fighters in an ambush. The PKK has claimed that the KPD is colluding with the Turkish Government in the bombing of PKK bases in northern Iraq.

On June 10, Iraqi Kurdistan authorities arrested Jihad Hassan, the AANES representative in Erbil. Twelve days later, the AANES announced the closing of the Semalka border crossing with Iraqi Kurdistan except for humanitarian aid.

Kurdistan24’s Stocker said of the order to close, “We suspect the decision came from [the PKK’s] Qandil leadership but was relayed through the officials in Northeast Syria. The impact it’s having is that there is no media allowed to work who are not pro-PYD, and many Kurds in Rojava are left without a voice.”

The US-backed, Kurdish-led Syrian Democratic Forces established control over much of Syria by removing the Islamic State between 2017 and 2019. The SDF is led by the YPG, the military branch of the PYD.