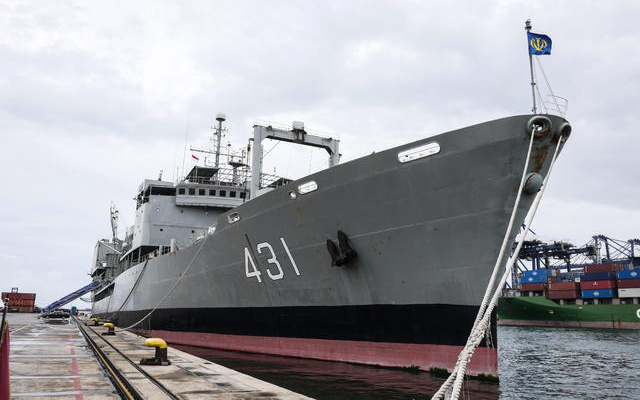 Iran’s largest warship sank on Wednesday after catching fire in the Gulf of Oman.

The crew of the Kharg (pictured) were safely rescued after an hours-long rescue operation.

State TV said the blaze started about 2:25 a.m. near the Iranian port of Jask, where the Kharg was on a training mission.

No explanation was given about the cause.

In April, Iran said a cargo ship, the Saviz, was targeted in the Red Sea. Media reports claimed limpet mines were used.

Israel has reportedly carried out a series of attacks to prevent the transport of Iranian oil to the Assad regime in Syria.