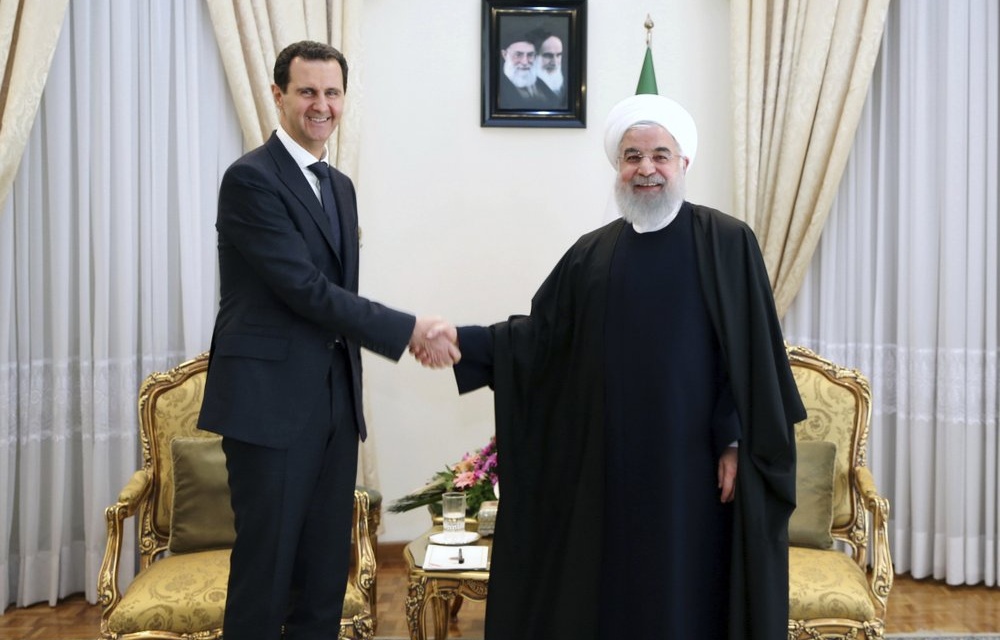 Assad was awarded 95.7% of the vote on Thursday, with the regime declaring that 14 million people participated — even though many in Syria’s 18 million population of men, women, and children were in opposition areas where no ballot was held.

Rouhani wrote to Assad that the manufactured figures showed “The Syrian people took an important step in determining the future and prosperity of Syria with their large turnout and decisive choice”. He expressed confidence in “the development of cooperation between the two friendly and brotherly countries”.

Iran has been Assad’s essential ally in preventing his fall from power since the Syrian uprising of March 2011. The Islamic Republic has led the creation of pro-Assad militia, put in special forces, and provided billions in lines of credit, including oil supplies.

Rouhani wrote to the Supreme Leader about the Guardian Council’s ban on all but seven of 592 candidates, including disqualification of 1st Vice President Eshaq Jahangiri, former Parliament Speaker Ali Larijani, and ex-President Mahmoud Ahmadinejad.

Ayatollah Khamenei — whose office is likely backing the hardline favorite, judiciary head Ebrahim Raisi — publicly rejected the appeal: “The honorable Guardian Council did what it ought to do and deemed necessary based on its duties.”