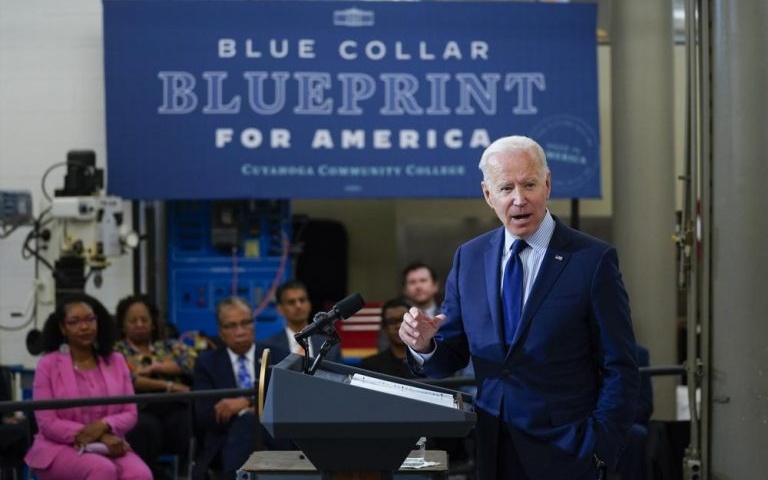 The Biden Administration presents a $6 trillion budget seeking growth through investment and redistribution of wealth.

Following the path laid out by the American Rescue, Jobs, and Family Plans, the proposal put historic levels of funding into education, infrastructure, and initiatives to deal with climate change and reduce child poverty.

The spending levels are below the pandemic allocations of 2020, but the trend is upwards with federal expenditure up to $8.2 trillion by 2021. Deficits will continue at the record level set by the Trump Administration, above $1.3 trillion through the next decade.

Financing comes through $3.6 trillion in tax increases on wealthy Americans and big corporations.

Biden’s hope is that the investment of the next decade would put the US on a better footing for generations, with growth to deal with the debt as more Americans enjoy prosperity.

The budget is built around a fundamental understanding of how our economy works and why, for too long and for too many, it has not.

It is a budget that reflects the fact that trickle-down economics has never worked, and that the best way to grow our economy is not from the top down, but from the bottom up and the middle out.

House Speaker Nancy Pelosi said the budget was “an unequivocal declaration of the value that Democrats place on America’s workers and middle-class families”.

Plans include an additional $500 billion for home health workers and federal subsidies for low- and middle-income Americans to buy health insurance. More than $2 trillion is invested in domestic discretionary programs such as research and education, and $1 trillion in climate-related initiatives.

In contrast to the rises in social spending, environmental initiatives, and investment in infrastructure, the proposed military spending reverses the sharp increase of the Trump Administration. Expenditure will rise 1.6% per year, below the forecast rate of inflation.

Democratic in the Senate are planning to deal with a likely Republican filibuster, after GOP leader Mitch McConnell and colleagues prevented an independent commission to investigate the January 6 attack on the US Capitol.

Sen. Bernie Sanders, the chairman of the budget committee, said he planned to hold a hearing and “to write and to pass a reconciliation package that builds upon President Biden’s proposal as soon as possible”.

Under budget reconciliation, the Democrats can circumvent the 60-vote requirement to end a filibuster.