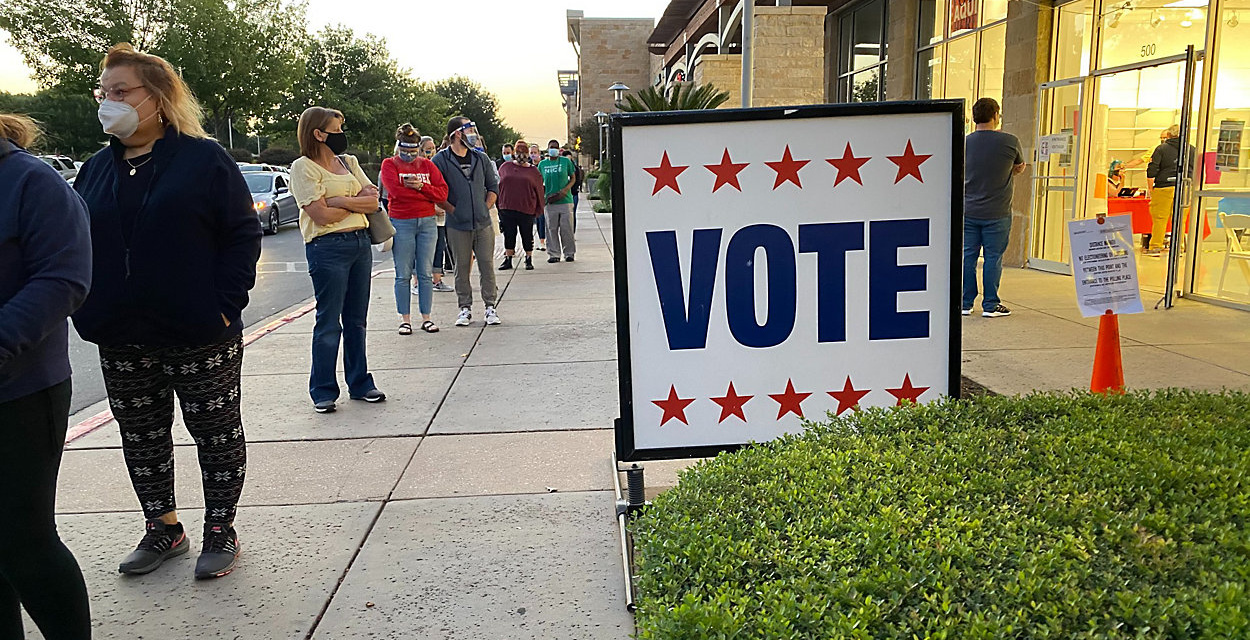 The Republican effort to restrict voting rights in Texas has been stymied by a late-night walkout by Democrats in the Legislature.

The departure of the House Democrats deprived the GOP of the minimum number of legislators required on the floor for a vote before a midnight deadline.

The Texas Senate had passed the measure early Sunday, and Gov. Greg Abbott has said he would sign it.

Abbott indicated he will call a special session of the Legislature, which could begin as early as June 1.

While Republicans would still be favored to pass a bill in a special session, the unexpected turn of events on Sunday presents a new hurdle in their push to enact a far-reaching election law that would install some of the most rigid voting restrictions in the country and cement the state as one of the hardest in which to cast a ballot.

ORIGINAL ENTRY, MAY 30: President Joe Biden challenges the “wrong and un-American” Texas bill that “attacks the sacred right to vote”.

In the latest attempt to restrict voting rights, driven by Republicans and Trumpists, Texas legislators finished drafting the bill on Saturday. It tightens some of the strictest voting laws in the US, targeting efforts to increase participation in areas such as as Houston’s Harris County.

The bill bans drive-through voting and 24-hour voting, used by almost 140,000 voters in Harris County alone during the 2020 election. It prohibits election officials from sending absentee ballots to all voters; bars use of a temporary structure as a polling location; limits those who can vote absentee; and adds new identification requirements for mail-in ballots. Poll watchers will have more access and autonomy, and there are harsher punishments on election officials who make mistakes or are deemed to have broken codes or laws.

In late March, Georgia adopted restrictions after Biden’s win in the states and triumphs for Democratic Senators Raphael Warnock and Jon Ossoff against GOP incumbents in January ballots. Biden chided, “This is Jim Crow in the 21st century, it must end.”

Senate Republicans are continuing to block any consideration of the For The People Act, passed by the House, which establishes national measures to expand voting rights.

The Texas bill was drafted in a closed-door panel over the past week and placed on the State Senate floor late Saturday. The chamber suspended rules requiring public view of a bill for 24 hours before a final vote.

The Texas House, which did not move to suspend the rules, will probably vote on Sunday. Republican Gov. Greg Abbott has said that he will sign it immediately.

Today, Texas legislators put forth a bill that joins Georgia and Florida in advancing a state law that attacks the sacred right to vote. It’s part of an assault on democracy that we’ve seen far too often this year –and often disproportionately targeting Black and brown Americans.

It’s wrong and un-American. In the 21st century, we should be making it easier, not harder, for every eligible voter to vote.

He called again for Congressional passage of the For The People Act and the John Lewis Voting Rights Advancement Act.

Sarah Labowitz of the American Civil Liberties Union of Texas summarized the bill, “S.B. 7 is a ruthless piece of legislation. It targets voters of color and voters with disabilities, in a state that’s already the most difficult place to vote in the country.”