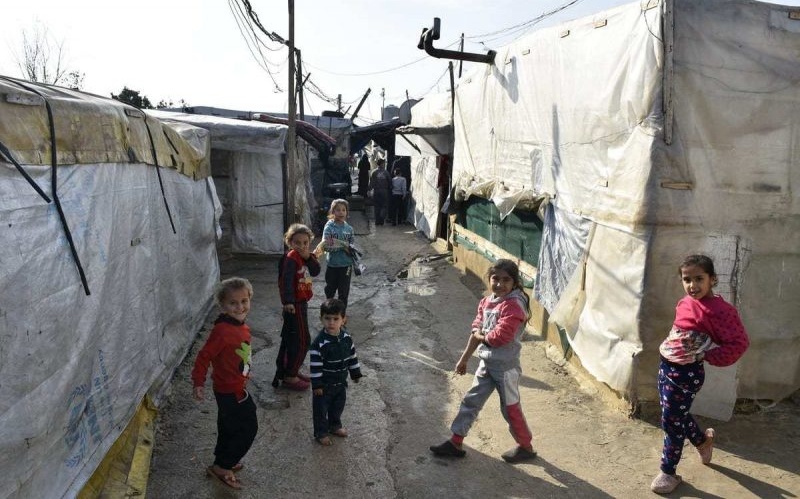 Assad regime operatives are threatening Syria’s refugees in Lebanon to vote for Bashar al-Assad in the staged Presidential “election” on May 26.

Refugees in Lebanon tell L’Orient Today of the pressure by local pro-Assad organizations such as the Association of Syrian Workers in Lebanon.

Two refugees in the Minyeh area of Tripoli said Syrians in the area were called to an Association meeting last week at the office of Mohamad Matar, a Lebanese real estate businessman close to Assad’s Ba’ath Party.

One of the refugees said many of those who attended were unaware at first of the actual topic. He was told on the previous day, by a man in a Mercedes, to let the refugees know that there was a meeting with the UN where aid would be distributed.

He said that about 500 people were waiting outside for the “aid”. When they learned that they would be instructed about the “election”, “80% of the people left and didn’t attend the meeting.”

The second refugee said that, before and after the meeting, men warned camp leaders that the area might be targeted by gangs if they did not turn out residents out to the meeting and the election.

People are afraid now that if they don’t take part in the elections, there will be problems in the camps and maybe they’ll be kicked out of the camps, because this is how they threatened the people — that either you take part or things won’t go well with you.

Mustapha Mansour, the head of the Association of Syrian Workers in Lebanon, insisted, “We are holding meetings, whether in the municipality or in a center or a restaurant.We gather the Syrians, they come and we explain to them about the elections and what they have to do. [But] we don’t tell them who to vote for.”

Voting by Syrians outside the country takes place in embassies on May 20.

In the 2014 Presidential “election” — Syria’s first since Hafez al-Assad, Bashar’s father, seized power in 1970 — the regime sought to prevent or limit voting by refugees who are opposed to the Syrian leader. Assad was awarded 88.7% of the vote against two nominal opponents, one of whom backed Assad during the campaign.

But this time the regime is seeking legitimacy with the declaration of a high turnout, as more than half of Syria’s population are still refugees or internally displaced people.

A Syrian teacher in Lebanon explained, “We got threats. First, they told me, ‘You are an educated and decent man. Be careful. We’re watching you’.”

Members of pro-Assad Lebanese political parties are visiting Syrians’ homes and pressing them to register on voter lists.

A representative of the Access Center for Human Rights, a local human rights monitoring group, said camp leaders have threatened residents with repercussions from an intelligence agency if they refuse.

The Center said some refugees who received aid after December’s violence and fires in the Minyeh camp have been targeted by the pressure.

The Syrians living in the camps, I expect 90% of them will vote, because they are under pressure.

The Syrians who are outside of camps and living in rented houses are not afraid of the pressure that, for instance, I will be burned while I’m sleeping in my tent, so these ones will not vote.