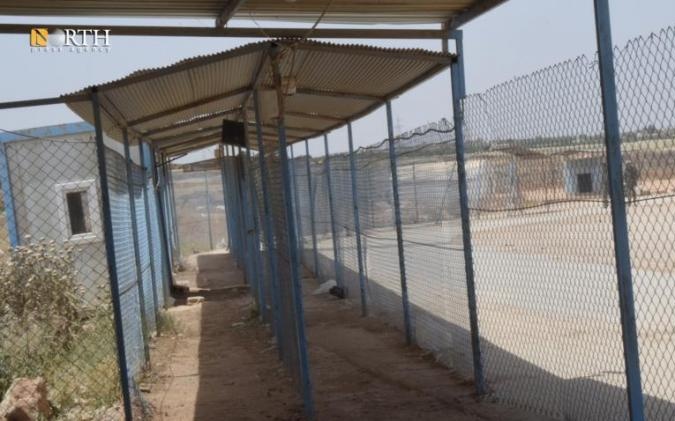 Kurdish forces and the Assad regime agreed to reopen internal crossings in northeast Syria after a dispute over oil supplies.

The regime closed three crossings in Raqqa Province on March 21, blocking passage by civilians and commercial trucks from areas held by the US-supported Syrian Democratic Forces. The closures pressed the SDF to allow more supplies into regime-controlled areas facing a fuel crisis.

About 30 tons of vegetables and perishable foodstuffs such as cheese, cream, and baked goods perished in the 35 trucks stuck at the al-Hawra crossing in western Raqqa. Merchants were forced to sell produce as fodder for livestock in the Anbaj area.

As a result, prices spiked in the Kurdish-controlled territory for food, building materials, medicines, and medical equipment amid the Coronavirus pandemic.

The crossings were reopened last week after the SDF agreed to supply regime areas with about 200 truckloads of oil per week. Commercial vehicles coming from regime areas will pay Kurdish authorities a transit fee of up to 30% of the value of goods, and individuals will pay a fee of 5,000 Syrian pounds (about $1).

The regime’s fuel crisis has intensified since last autumn, with reductions in subsidized petrol. People are waiting hours and even days for petrol and supplies for heating and cooking.

A Kurdish official said, “We contacted the Syrian regime to see why the crossings were closed in the first place. We were told that regime areas are suffering a fuel crisis after Iran could not supply it with oil due to the Suez Canal blockage.”

Supplies were further constricted when Iran, facing its own economic difficulties, held up further lines of credit. The credit, worth billions of dollars, was renewed last autumn. However, Iranian tankers en route to Syria have faced attacks by Israel.

Kurdish authorities control much of northeast Syria after the SDF, with US backing, expelled the Islamic State between 2017 and 2019.

Bashar al-Assad has declared that the regime will regain “every inch” of territory. However, the American presence has prevented the regime from reoccupying oilfields. Hundreds of regime troops, as well as some Russian mercenaries, were killed in February 2018 when US warplanes blocked them from reaching the Chevron field Deir ez-Zor Province.

The Kurdish authorities have also resisted Russian and regime pressure and propaganda to make concessions over the fields.