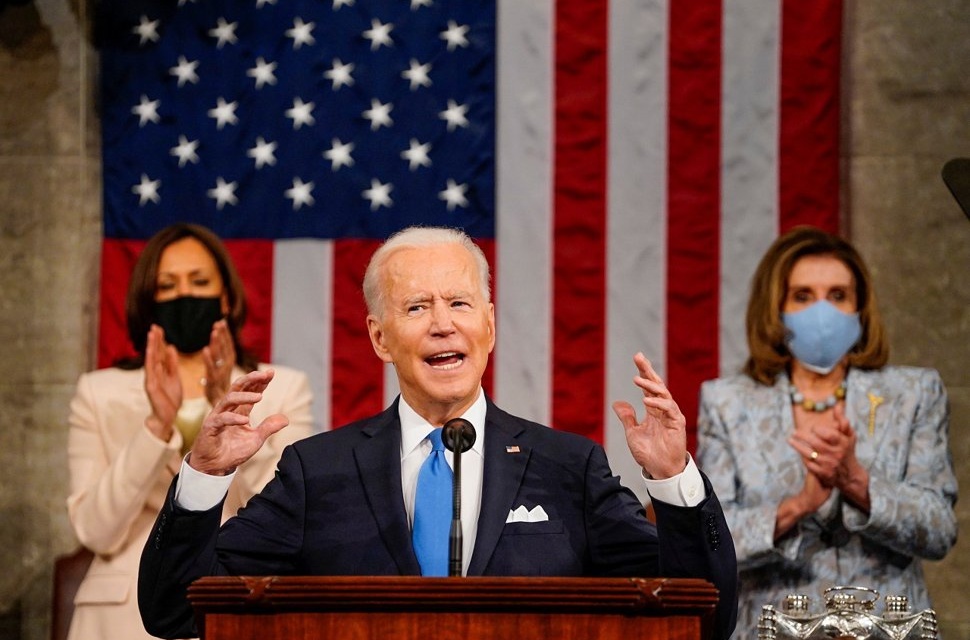 Joe Biden tells a joint session of Congress, “America is rising anew”, as he unveils the $1.8 trillion American Families Plan to accompany historic initiatives over the Coronavirus pandemic, economy, infrastructure, and environment.

Biden’s proposals for investment of trillions of dollars in economic and social programs are arguably the most significant since the New Deal of the 1930s, and he invoked the legacy of Franklin D. Roosevelt with the latest plan.

The initiative expands family leave, child care, health care, and preschool and college education for millions of people, financed through increased taxes on the wealthiest Americans.

Then he invoked a US mission from the “crisis and opportunity” amid the Coronavirus pandemic that has killed almost 575,000 Americans.

After 100 days of rescue and renewal, America is ready for a takeoff, in my view. We’re working again, dreaming again, discovering again and leading the world again. We have shown each other and the world that there’s no quit in America. None….

We have to prove democracy still works, that our government still works and we can deliver for our people.

He cited the more than 200 million Coronavirus inoculations since he took office, far exceeding the initial goal of 100 million in 100 days. More than half of American adults have received a first dose and Biden noted:

When I was sworn in on January 20, less than 1% of the seniors in America were fully vaccinated against Covid-19. One hundred days later, 70% of seniors in America over 65 are protected, fully protected. Senior deaths from Covid-19 are down 80% since January…because of all of you.

That provision is linked to the $1.9 trillion American Rescue Plan, passed in March, with expanded unemployment coverage, food and rental assistance, and other support for Americans who are struggling from the economic effects of the pandemic.

The $2.3 trillion American Jobs Plan, linking infrastructure economic progress with measures to combat climate change, was set in the context of “more than 1,300,000 new jobs” created in the Administration’s first 100 days and the projection of more than 6% growth in the US economy this year.

The President also indicated that he would continue to seek a rise in the hourly minimum wage to $15 from $7.25, its level since 2007.

The Administration initially included the $15 level for federal workers in the American Rescue Plan, but had to remove it because of opposition from some Democratic senators and the need to bypass a Republican filibuster.

On Monday, Biden used an executive order to institute the $15 wage for federal contractors, elevating the pay of about 400,000 employees.

“Once in a Generation Investment”

Biden tapped into the notion of US competition with China as he introduced the American Families Plan, referring to Chinese leader Xi Jinping:

He’s deadly earnest on becoming the most significant, consequential nation in the world. He and others, autocrats, think that democracy can’t compete in the 21st century with autocracies, because it takes too long to get consensus.

To win that competition for the future, in my view, we also need to make a once-in-a-generation investment in our families and our children.

The initiatives bolster the American Rescue Plan’s expanded tax credit for up to $3,000 per child under 6 and and $3,600 for children over 6. The measure is projected to help more than 65 million children and cut child care poverty in half.

The American Families Plan extends the credit, currently funded through 2022, to the end of 2025.

From the linkage of economic and social development to efforts against climate change to police reform and racial issues, Biden pitched the renewal of US leadership: