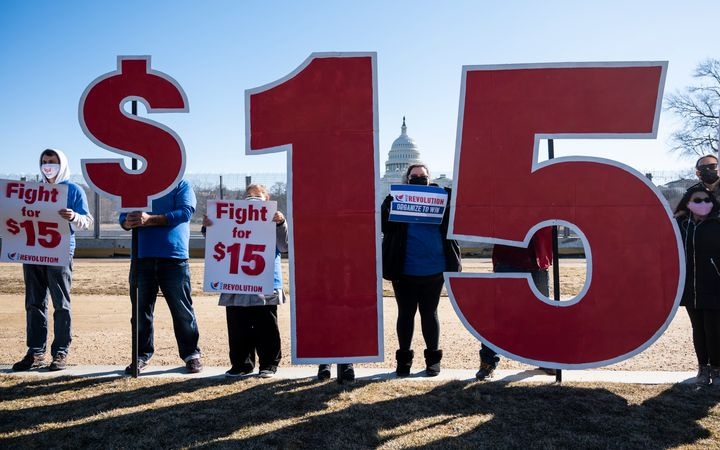 President Joe Biden signs an executive order raising the hourly minimum wage to $15 for hundreds of thousands of workers.

Biden signed the measure for federal contractors on Tuesday. The White House followed with a statement:

This executive order will promote economy and efficiency in federal contracting, providing value for taxpayers by enhancing worker productivity and generating higher-quality work by boosting workers’ health, morale and effort.

Economists estimates that up to 390,000 workers, about 50% Black or Hispanic, of around 5 million Federal contract staff will benefit. They include cleaning professionals, maintenance workers, nursing assistants, cafeteria workers, and laborers.

Federal contract workers are currently on a $10.95/hour minimum wage. The increase will be implemented gradually, and the wage will be index-linked to inflation.

The Administration had included a $15 hourly wage for all federal workers in its $1.9 trillion American Rescue Plan, passed by Congress in March. But the step was opposed by key Democratic senators, and the Senate parliamentarian said the measure was not allowed under “budget reconciliation”, the process ensuring the Plan was not blocked by a Republican filibuster.

The $7.25/hour minimum wage for all workers has not been raised by Congress since 2007.