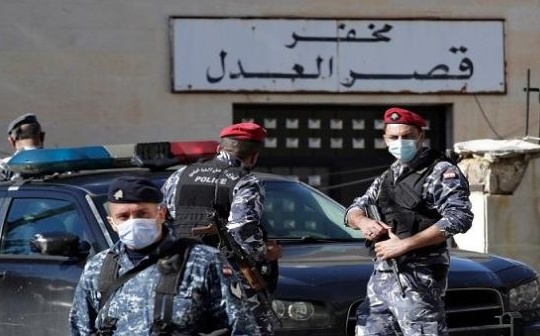 “I Wish I Could Die” depicts the treatment of 26 Syrians, including four juveniles, held on terrorism-related charges. It cites beatings with metal sticks, electric cables, and plastic pipes; prolonged stress positions; and suspension upside down.

Marie Forestier, Amnesty’s Researcher on Refugee and Migrants Rights noted that with the “cruel, abusive and discriminatory treatment”, refugees endured “many of the same horrors employed in Syrian prisons”.

The report is based on interviews with former and current detainees and lawyers, and on an examination of legal documents. In all but one of the 26 cases, the refugees cited torture. At least four said they were beaten so badly that they lost consciousness, and two had broken teeth.

The torture techniques included the “flying carpet”, being strapped on a foldable board; “shabeh”, suspension by the wrists while being beaten; and “balango”, suspension for hours with wrists tied behind backs.

“Ahmed” said he was beaten on the genitals unless he lost consciousness, while “Bassel” described beatings with plastic tubes, and worms inside the wounds on his back.

Another detainee depicted the beating of his genitals, leading to urination of blood for several days. He quoted his torturer: “I’m hitting you here so you can’t bring any more children to this world, so that they don’t contaminate this community.”

Several detainees said they were punished for their opposition to Syrian leader Bashar al-Assad. “Karim”, a journalist, said he was beaten when he replied “No” to his interrogators’ inquiry if he supported Assad.

All 26 detainees were denied access to a lawyer during initial questioning. Twenty-three were tried in military courts, with at least 14 “confessing” to crimes they did not commit.

The refugees had to wait several weeks before an appearance in front of a judge. In nine cases, trials were delayed for up to two years.