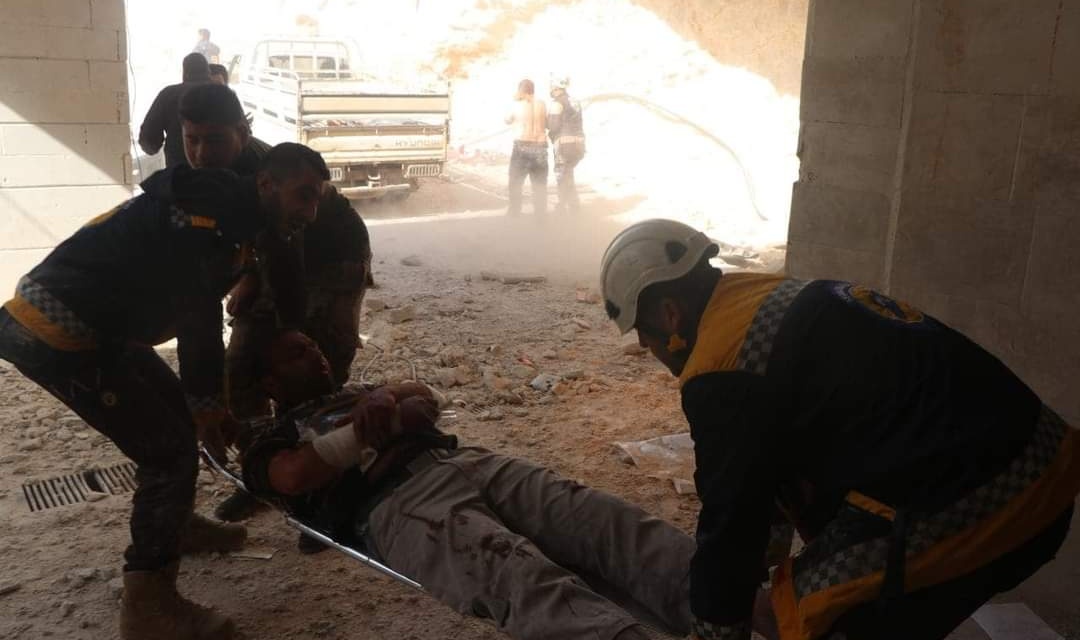 White Helmets rescuers move a victim out of the al-Maghara Hospital in Atareb in northwest Syria, after it was shelled by pro-Assad forces, March 21, 2021

Analysis of debris at the al-Maghara Surgical Hospital has established that the weapon was a Krasnopol laser-guided artillery shell.

Among the debris were circuit boards used in precision-guidance technology.

The evidence indicates that Russia intentionally targeted the hospital with a precision weapons system.

Exclusive — the March 21 attack on the @UN-deconflicted al-Atareb hospital in NW #Syria involved the use of #Russian "Krasnopol" laser-guided artillery shells, guided precisely to their target by a Russian UAV.

Russian social media channels are circulating video which appears to show the missile strike on the al-Maghara hospital in western Aleppo Province.

Scenes from the pro-Assad attack on the al-Maghara hospital in western Aleppo Province, including treatment of the wounded:

ORIGINAL ENTRY, MARCH 21: At least seven people, including a woman and child, have been killed in the latest attack on a Syrian hospital by pro-Assad forces.

The al-Maghara Surgical Hospital, in western Aleppo Province in opposition-held northwest Syria, was targeted on Sunday morning by artillery shells. At least 14 people, including medical personnel are wounded.

The White Helmets civil defense said the attack has knocked the hospital out of service.

At least 5 killed and many others injured in an attack on the Atarib Surgical Hospital, including medical workers and a child. Also known as the cave hospital, part of it is underground. pic.twitter.com/Te78kKpRCT

Russia and the Assad regime have waged a war on hospitals since Moscow’s military intervention in September 2015. The large majority of medical facilities in the northwest have been damaged or destroyed. Hundreds of staff, patients, and other civilians have been killed or wounded.

The attacks have been part of a campaign of attrition, devastating infrastructure alongside sieges and ground offensives. Almost all medical facilities in eastern Aleppo city were bombed before pro-Assad forces reoccupied the area in December 2016, and subsequent assaults have enabled the Russian-regime advance retaking all of northern Homs Province and part of neighboring Idlib Province.

The bombings were also a key part of the conventional and chemical attacks, killing and wounding thousands of civilians, in the suppression of opposition-held East Ghouta near Damascus in 2018.

The UN denounced the attacks last April. A month later, Amnesty International documented the Russian-regime “war crimes” in attacks on hospitals and schools.

Russia responded by leaving the UN arrangement that sought protection for medics, rescuers, and aid workers.