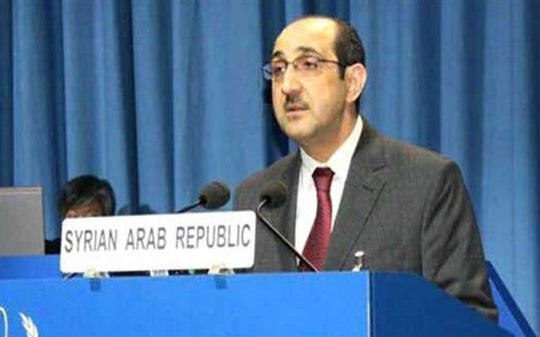 The Assad regime has retained its position on a UN committee upholding human rights through opposition to the “subjugation, domination and exploitation” of peoples.

The announcement came on the same day that the UN Commission of Inquiry of Syria, in a report on the 10-year Syrian conflict, summarized that the regime is engaged in “widespread commission” of “war crimes” and “crimes against humanity”.

I know some of you don't believe me, so here's the U.N. video. pic.twitter.com/PvtMpOZLIH

The Special Committee on Decolonization has 24 nation-state members. It considers the status of territories such as the Western Sahara, the US Virgin Islands, Guam, American Samoa, Gibraltar, the Falklands, Bermuda, French Polynesia, and New Caledonia.

Grenada’s permanent representative Keisha McGuire confirmed, “The Special Committee will take up, at a later date, the election of the Special Rapporteur of the Committee pending the arrival in New York of His Excellency Ambassador Bassam al-Sabbagh, nominated by the Syrian Arab Republic.”

The Assad regime’s delegate at the meeting said al-Sabbagh was unable to attend “for reasons beyond our control”, and will be formally elected in June.

The regime’s previous UN Ambassador, Bashar al-Ja’afari, was re-elected to the committee in 2013. A diplomat explained at the time that regional blocs name the members, giving each country a chance at serving on UN panels.

This is a problem that has plagued the United Nations for decades. Clearly, regional groups have fallen down on the job when they put forward embarrassingly inappropriate candidates to represent them.

Ja’afari was again re-elected in 2018. He was named the Rapporteur of the committee in 2020.

The regime’s representative was also elected to a human rights committee of the UN Educational, Scientific and Cultural Organization in 2013. UNESCO head Irina Bukova said then, through a spokesperson, “Given the developments in Syria, the director-general does not see how this country can contribute to the work of the committees.”