Assad Regime Hands Out Public Sector Jobs to Its Troops 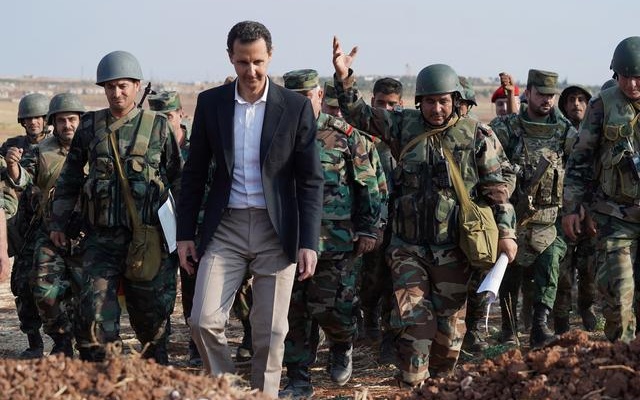 Syria’s Assad regime is handing out public sector jobs to troops which have been demobilized in the 10-year conflict.

COAR Global notes a January 30 announcement by the Ministry of Administrative Development that 10,076 demobilized army soldiers passed the employment exam for the top two tiers of public sector employment.

Almost every applicant passed the exam, indicating that it is now just a perfunctory requirement for a position. The Ministry announced that 100% of 18,000 demobilized soldiers passed exams for lower-tier employment.

Amid a collapsing economy, the step gives the former troops an assurance of a job — even if public sector workers are struggling to survive amid soaring prices, a sinking Syrian currency, and shortages of food, electricity, and basic goods.

The regime is using the system to favor natives and residents of areas where it has received more support during the conflict. More than 55% of the latest candidates, including for the top-tier posts, are from Tartous and Latakia Provinces in western Syria.

Natives and residents of former opposition areas, such as Dara’a, Quneitra, Deir ez-Zor, Raqqa, and rural Damascus Provinces have received less than 10% of jobs.

Meanwhile, the regime — seeking revenues to stay afloat amid a 75% decline in GDP, a banking crisis in neighboring Lebanon, and US-led sanctions — is cracking down even harder on those who refuse military service, including men over the maximum service of 42.

The regime has amended a law allowing it to confiscate the assets of those who will not serve, and to seize the properties of their relatives, if a waiver fee of about $8,000 is not paid.