US Expands Sanctions on Assad Regime 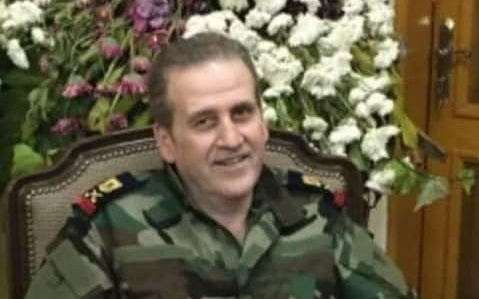 The US Government has announced new sanctions against Syria’s Assad regime, targeting a military commander and the oil industry.

The Treasury announced on Monday that high-ranking regime officials and companies based in Syria and Lebanon have been blacklisted, as has Gen. Ghassan Jaoudat Ismail, head of Air Force Intelligence since July 2019, and legislators Nabil Toumeh and Amer Taysir Khiti.

The sanctions are the fifth set under the Caesar Act, implemented from June over the regime’s mass killings, including the deaths of tens of thousands of detainees via executions, torture, or poor conditions in regime prisons.

Today’s action complements the international effort to compel the Assad regime to cease the war it is waging against its own people and reinforces the U.S. government’s continued effort to achieve a peaceful, political resolution of the Syrian conflict in line with UN Security Council Resolution 2254.

With these actions, the US Government is endeavoring to disrupt and dissuade regime loyalists from continuing to support Assad and to hamper the flow of future oil-derived revenue to Assad’s war chest.

Most of Syria’s oilfields are controlled by the autonomous Kurdish administration in northeast Syria. The US-supported Syrian Democratic Forces protect the area.

With 75% of Syrian GDP lost in the 116-month conflict, residents regime-held areas — including the capital Damascus — face shortages of food, fuel, electricity, and essential goods. Tenders for supplies such as rice, wheat, and sugar were not filled this summer.

The regime cut subsidies for fuel this summer and for bread in September.

Syrian activists accuse Gen. Ismail of ordering regime forces to fire at demonstrators in Darayya, near Damascus, during the uprising in 2011. He is also accused of the disappearance of thousands of civilians and the killing of detainees in al-Mezzeh Military Prison in southern Damascus.

The European Union sanctioned Ismail in July 2012, and the UK froze his assets in 2015.