Cages for Bread Queues in Damascus 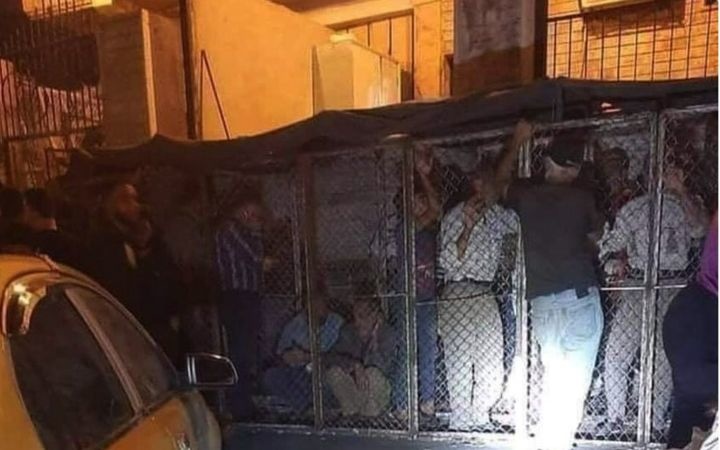 Amid shortages of essentials in regime areas of Syria, residents of Damascus have waited in iron cages for bread.

A photograph, going viral on social media, showed one of the lines.

Local media reports said the cages separated men, women, and soldiers as they waited for a subsidized ration at the bakery.

The director of Damascus bakeries, Nael Asmander, said the cages were only to “regulate” the different groups as “the queuing culture does not exist in Syria”.

After criticism surged on social media, officials in Damascus Province Governorate said the cages were for “social distancing in light of the spread of Coronavirus”, but will now be removed.

Last month, the Assad regime cut daily rations of subsidized bread for families of less than seven people. Long-term shortages have been exacerbated by the regime’s failure to fill tenders for imports of wheat, sugar, and rice. Only one of five wheat tenders was filled this summer, with two extended until mid-September.

Domestic production, which was 4 millions tons per year before the Syrian uprising of March 2011, has fallen to 1.2 million tons. Regime-held areas are estimated to need 1 to 1.5 million tons.

The situation has been compounded by a ban by the Kurdish autonomous administration, which controls much of northeast Syria with the bulk of the country’s wheat production, on sales to other areas.

Many bakeries have been forced to close because of a lack of flour, and the price on the black market of an eight-loaf packet of subsidized bread is 10 times that of the subsidized equivalent.

The UN’s World Food Program said in August that 9.3 million people — more than half of Syria’s population — are “food insecure”, with an additional 2.2 million at risk.