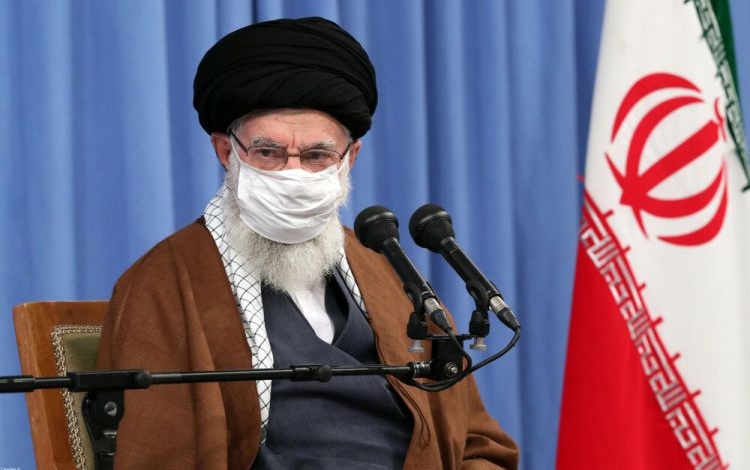 Iran has set new records for both Coronavirus deaths and cases.

The daily case record has almost tripled since October 6.

Iran’s leaders continue to ignore this week’s spike. Instead, President Rouhani proclaimed on Thursday that the era of US “maximum pressure” on Iran is over. Media focused on the arrest of a man accused of overseeing an attack in Ahvaz in September 2018, targeting a military parade, that killed 25 people and wounded more than 70.

Iran has passed the mark of 10,000 daily Coronavirus cases.

The Health Ministry announced 10,463 infections on Monday, a rise of about 11% on Saturday’s previous record of 9,450.

The Ministry confirmed another 458 deaths, just short of Sunday’s record of 459.

ORIGINAL ENTRY, NOV 9: The Coronavirus pandemic continues to spiral in Iran, with yet another record for daily deaths set on Sunday.

The Health Ministry reported 459 fatalities in 24 hours, breaking the high of 440 set on November. The official death toll is now 38,291.

The virus numbers have skyrocketed in the past six weeks. It was only on October 6 that Iran set a new daily high of more than 4,000 cases.

After months holding out against the reimposition of Coronavirus measures from March, the Rouhani Government changed path in October, announcing a mask mandate for the capital and other cities. Tehran authorities closed businesses and schools, with the steps extended to 25 of Iran’s 31 provinces.

Last Thursday, Rouhani told the National Coronavirus Task Force, “It is necessary to continue this process.”

But this weekend there was little attention to the virus. Instead the Government and the regime devoted itself to statements about the US Presidential election and the incoming Biden Administration.

Rouhani told the Economic Coordination Board on Sunday, “Now is the time for the next administration of the United States to make up for past mistakes and return to the path of adherence to international obligations and respecting global regulations.”

Addressing the Cabinet, he diverted from Iran’s economic crisis to blame Washington:

Unfortunately, the wrong policies of the United States over the past four years have caused great damage to the world economy, security and peace. Contrary to the international commitment of countries to promote world peace and security, have led to more hatred and enmity between governments.