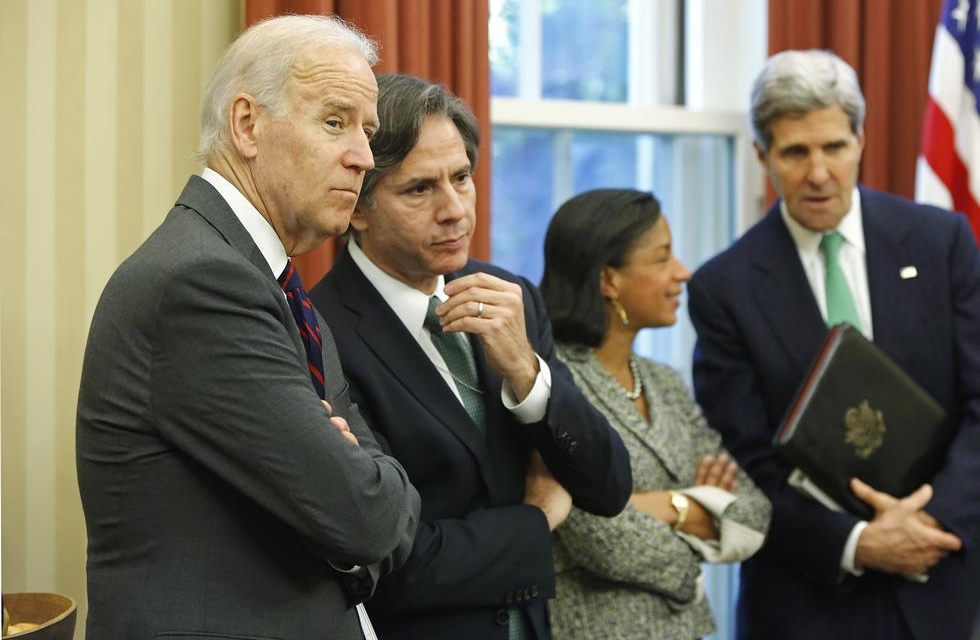 Biden is expected to name former Federal Reserve Chair Janet Yellen as Treasury Secretary. A new post of climate change envoy, with a place on the National Security Council, will be filled by John Kerry, former Senator, Secretary of State in the Obama Adminsitration, and Presidential candidate in 2004.

Today, I’m announcing the first members of my national security and foreign policy team. They will rally the world to take on our challenges like no other—challenges that no one nation can face alone.

It’s time to restore American leadership. I trust this group to do just that. pic.twitter.com/uKE5JG45Ts

Soon after Biden’s announcement, Trump’s blockade of transition collapsed when Emily Murphy, the head of the General Services Administration, finally authorized the start of the process.

Murphy had held out against the issuance of the “ascertainment” letter which allows the Biden team access to Administration officials, offices, and equipment. She did not give a reason, but the refusal came as Trump raged about a “stolen election” and refused to concede to Biden.

The GSA head finally issued the letter on Monday, albeit with little reference to the process and a lengthy self-defense as she wrote to “Mr. Biden”:

Please know that I came to my decision independently, based on the law and available facts. I was never directly or indirectly pressured by any Executive Branch official…with regard to the substance or timing of my decision. To be clear, I did not receive any decision to delay my determination.

Murphy did not explain why she was now releasing $7.3 million for the transition. But the letter was sent as Michigan certified Biden’s victory in the state, following a similar declaration by Georgia last Friday, after protracted opposition by Trump’s camp.

Michigan and Georgia, each with 16 electoral votes, were vital in Biden’s 306-232 margin in the Electoral College. To overturn the margin, Trump needed to flip the two states and at least one other such as Pennsylvania, Nevada, or Arizona.

Trump pressed the Republican-majority Michigan Legislature to intervene, possibly by setting aside the popular vote and naming his electors for the December 14 decision of the Electoral College. Last weekend he summoned the state’s top GOP legislators to the White House.

Unusually silent on Twitter throughout Monday, Trump grudgingly accepted the transition late Monday while mainitaining his disinformation and pose of resistance.

…fight, and I believe we will prevail! Nevertheless, in the best interest of our Country, I am recommending that Emily and her team do what needs to be done with regard to initial protocols, and have told my team to do the same.

Just before midnight, he protested, “What does GSA being allowed to preliminarily work with the Dems have to do with continuing to pursue our various cases on what will go down as the most corrupt election in American political history?”

Referring to his false conspiracy theory over Dominion voting machines, he bellowed, “We are moving full speed ahead. Will never concede to fake ballots & ‘Dominion’.”

The Trump camp’s efforts have all but collapsed in recent days. They have lost 35 of 36 lawsuits, with their sole victory affecting only a few hundred ballots in Pennsylvania amid Biden’s margin of almost 82,000 votes.

Last Thursday’s press conference by Trump’s attorneys collapsed into farce as Rudy Giuliani’s hair dye ran down the sides of his face, and Sidney Powell put out the conspiracy theory of an election stolen by the Dominion machines — as part of a plot involving Biden, leaders of Democratic-run cities, the late Venezuelan leader Hugo Chavez, financier and philosopher George Soros, “Antifa”, Cuba, China, and Georgia’s Republican Governor and Secretary of State.

Powell was brusquely dismissed in a statement by Giuliani and fellow Trump attorney Jenna Ellis on Sunday.

The Biden team offered a contrasting message to Trump’s tweet:

Today’s decision is a needed step to begin tackling the challenges facing our nation, including getting the pandemic under control and our economy back on track.

However, only six of the 53 GOP senators have called for a start to the transition. There has been no statement from Senate Majority Leader Mitch McConnell since, a few days after the election, he supported the Trump camp’s lawsuits to overturn the outcome.