EA on Voice of Islam: Kamala Harris and the Future of Women’s Leadership 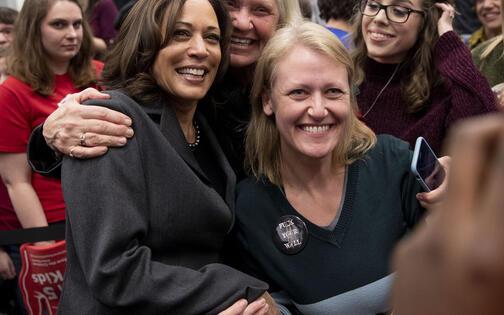 I join Voice of Islam Radio for a discussion, with Kamala Harris soon to become the first woman Vice President of the US, about the future of women’s leadership in countries around the world.

The conversation looks at “the possibility of just being effective”, drawing on examples such as Germany’s Angela Merkel and New Zealand’s Jacinda Ardern, on political, social, environmental, and economic issues as well as getting control of the Coronavirus pandemic.

Wherever we are on the political spectrum, at the end of the day all Americans are in this together, whether it be housing, education, or health care, and there needs to be a new type of politics to replace the guy in the White House who tends to be on Twitter quite a lot.

We discuss the long-standing history of discrimination, with a personal memory of the failure of the Equal Rights Amendment; women who cut against the grain of progress, such as new Supreme Court Justice Amy Coney Barrett; and Michelle Obama.

I’d be the first person to cast a mail-in ballot for her. She has been an exemplar of what can be done.